We are on the brink of a devastating global food crisis. The COVID-19 pandemic has led to a steep rise in hunger in countries already struggling with conflict, climate change and economic turbulence.

What is the global food crisis?

Today, millions of children are facing the worst hunger crisis that the world has seen in decades.

Forty-five million people are close to starvation right now – facing famine or famine-like conditions – with children and women hit the hardest. There are 584,000 girls, boys, women and men facing catastrophic levels of hunger – an increase of 300% in the past six months alone.

Unless action is taken now, more lives will be lost and the devastating effects on the lives of children, especially girls, today will be felt for decades to come.

The reasons for hunger and food insecurity are many and vary from country to country, but generally, it is a result of conflict, poverty, economic shocks such as hyperinflation and rising commodity prices and environmental shocks such as flooding or drought.

COVID-19 has also caused a sharp rise in poverty and inequality globally, as lockdowns have devastated family livelihoods. In many countries, pandemic restrictions have also meant disruption to food supplies, slowing remittances from family overseas and the halting of school meal programmes. Steep rises in food prices are also creating immense strain on household budgets, with the poorest families hardest hit.

According to the UN, 928 million people were severely food insecure last year – an increase of 148 million on the previous year. This is equal to one in eight people globally.

Conflict is the biggest cause of hunger globally, and is responsible for the largest share of people facing acute food insecurity – 65%. From Mali to Syria to Mozambique, protracted fighting destroys livelihoods and forces families to flee their homes, leaving countless children, including girls, facing hunger. It also makes it extremely difficult and dangerous for humanitarian organisations to reach communities in need.

It is estimated that over 14 million people in the Central Sahel countries of Mali, Burkina Faso and Niger are in need of urgent humanitarian assistance.

Climate change has contributed to food insecurity by changing weather patterns such as rainfall, increased climatic shocks such as hurricanes, cyclones, floods and droughts which all have an impact on harvests. Climate change has also increased the prevalence of crop pests such as locusts, which damage and destroy harvests.

HOW WILL THE FOOD CRISIS AFFECT WOMEN AND GIRLS?

Hunger affects girls, boys, women and men differently. When food is scarce, girls often eat less and eat last. Women and girls account for 70% of the world’s hungry. And as families and communities come under strain, girls are more likely than boys to be taken out of school, and will be at risk of child, early and forced marriage, gender-based violence, sexual exploitation and unwanted pregnancy.

Adolescent girls in Burkina Faso, Mali and South Sudan have told us that they are more likely to be married at a young age if their families are struggling financially.

Adolescents and children under the age of five are particularly vulnerable if they are malnourished, because of the increased rate at which they are growing and their bodies are changing. Being hungry during these critical years can stunt growth and have a significant impact on brain development, with profound consequences for a child’s educational attainment, health and future earning potential.

Hunger is also particularly dangerous for adolescent girls and women who are pregnant or breastfeeding, increasing their risk of miscarriage or dying in childbirth. For their children, it can increase the risk of stillbirth or newborn death, low birth weight and stunting, leading to an intergenerational cycle of malnutrition.

HOW WILL GIRLS’ EDUCATION BE AFFECTED BY FOOD CRISIS?

Food crises can have devastating consequences for girls’ education. Already less likely to attend school than boys, when families are hungry, girls are increasingly called upon to care for younger siblings so parents can work or seek food. All too often, they are forced to miss or drop out of school, damaging their future prospects and placing them at greater risk of gender-based violence and harmful practices such as early marriage or female genital mutilation/cutting.

As a result of school closures alone, 239 million children globally are currently missing out on meals.

What is Plan International doing to respond to the food crisis

Plan International is on the ground in many of the countries facing food crisis, and we are urgently scaling up programmes to respond to the escalating needs.

For example in South Sudan we are scaling up our food distributions in partnership with the World Food Programme, providing lifesaving supplementary feeding to pregnant and lactating mothers and children under five.

Where possible across our food response programmes we are providing cash or vouchers so families are able to buy food themselves so girls do not drop out of school to support families either by working or by looking after siblings. Where schools have closed, we are adapting and increasing school feeding programmes so children are still able to eat when at home, allowing them more time to continue studying remotely where possible.

We are scaling up protection mechanisms at the community level to respond to the increase in protection and child protection concerns and where we are distributing food directly, we are ensuring a protective environment for women and girls.

HOW can the food crisis be tackled?

We can’t afford to wait until more countries reach emergency levels of food insecurity. Children are already dying from hunger. The time to act is now – there shouldn’t be any further delay.

The global target of $6.6 billion to prevent further famine has not yet been met. Governments and donors must urgently step up and meet this funding gap for food, nutrition, protection, education and livelihood support.

This includes school feeding programmes, which should be adapted to carry on while schools are closed to reach the most vulnerable children and girls.

Food distributions and cash transfers must be scaled up to reach those in dire need. Protection mechanisms must be put in place to prevent and respond to surging protection issues, and communities must be supported to grow nutritious foods in order to prevent dietary nutrition deficits that impact children under 5 and adolescent girls the most.

Is there famine in South Sudan?

We are very concerned about the rapidly deteriorating situation in South Sudan, where at least 7.2 million people – approximately 60% of the population – are predicted to face acute food shortages this year. This includes 1.4 million children under the age of five and almost 500,000 women who are pregnant or breastfeeding.

We are already hearing reports of hunger-related deaths in parts of the country.

Six counties – Pibor, Akobo, Tonj North, Tonj East, Tonj South and Aweil South – are close to famine. Families have told us this year is the most severe period of hunger in living memory, and the worst since South Sudan became an independent country in 2011.

Without urgent action, there is a real risk that we will see devastating levels of hunger and possibly famine.

Hunger is particularly acute in Pibor county, part of Jonglei state, which is heavily affected by conflict and suffered devastating flooding in August 2020. This has destroyed people’s homes, crops and livelihoods, particularly in communities that rely on livestock such as cattle. Most families in Pibor are now down to one meal a day.

COVID-19 has also brought restrictions on movement and contributed to a stagnating economy. All of these factors have driven up food prices, and at the same time, are making it extremely difficult for humanitarian organisations to reach communities in need.

Without urgent action, there is a real risk that we will see devastating levels of hunger and possibly famine. It is critical that both government and humanitarian agencies urgently scale up operations to bring food, nutrition, clean water and health services to communities throughout South Sudan. These must reach people in all areas classed as suffering crisis-level food insecurity, and not just the areas which are close to famine. 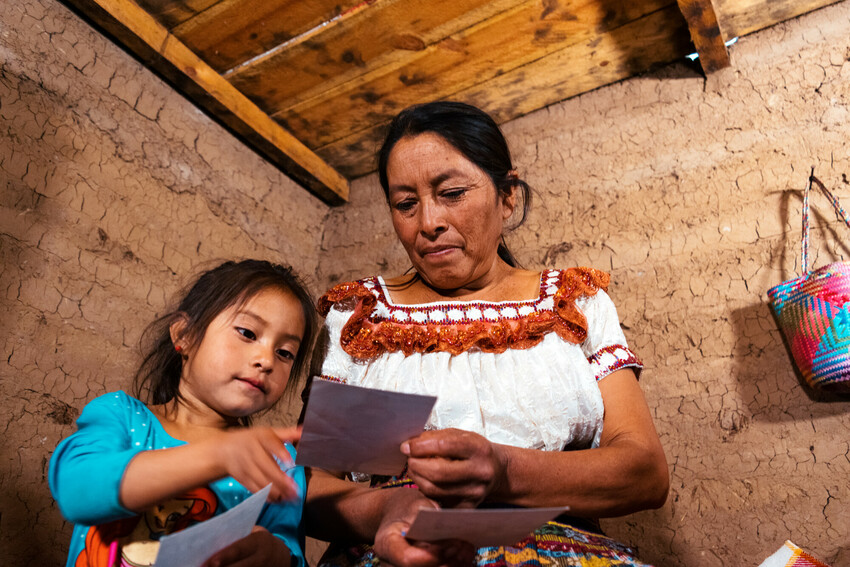 Hunger, and the lack of education and job opportunities which often cause it, are causing countless Guatemalans to leave their country in search of a better …
Read more
See all case studies 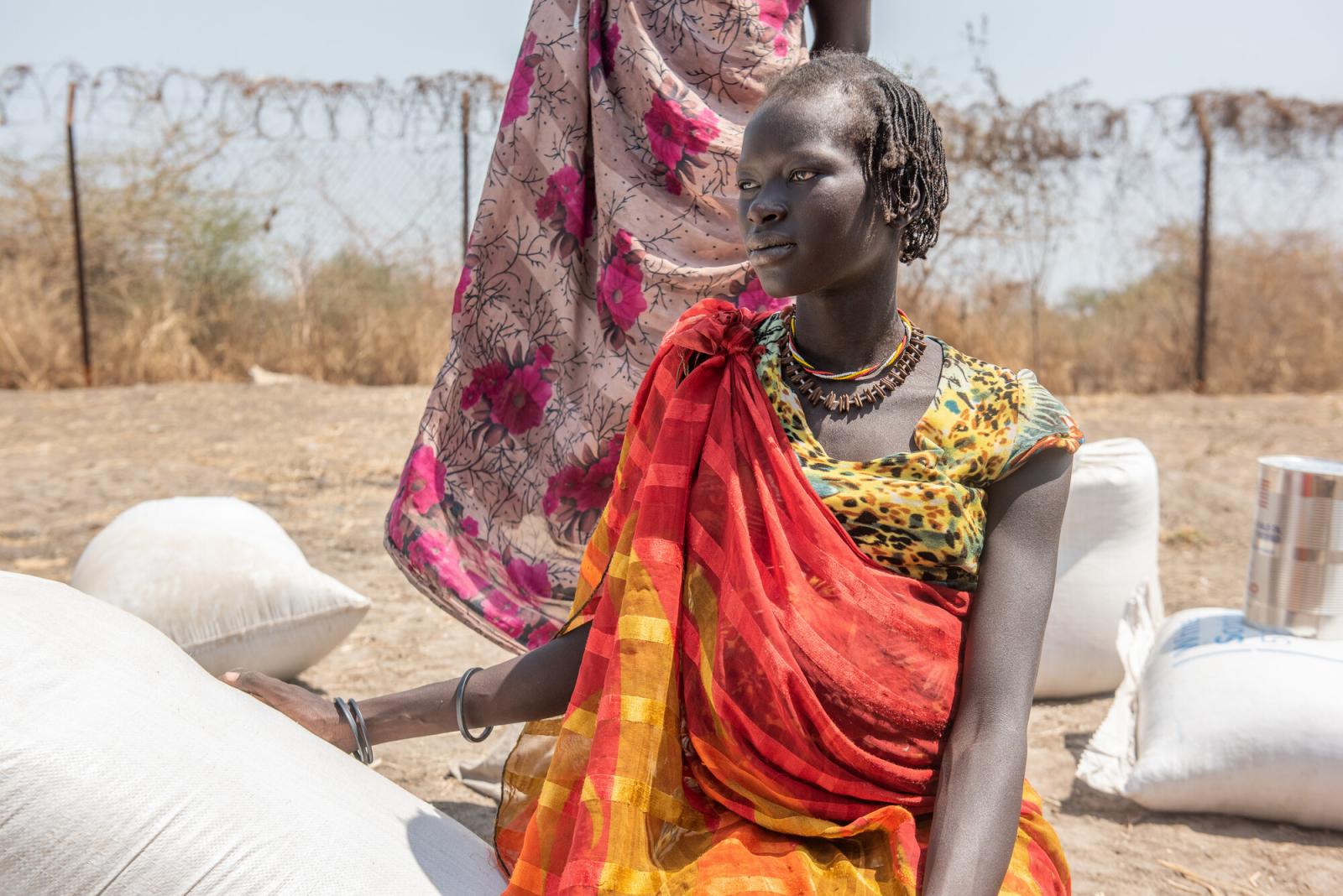 How is the food crisis in South Sudan affecting girls' lives?