Our supreme governing body is our Members’ Assembly, made up of delegates from the governing bodies of our 20 National Organisations.

We are a not for profit corporation registered in the State of New York, U.S.A. Our constitutional documents include our Certificate of Incorporation (PDF 1.49 MB) and our By-laws (PDF 242 KB), which set out the roles and responsibilities of our governing bodies. We also have a Conflicts of Interest Policy (PDF 426 KB) to manage potential and actual conflicts of interest.

The Board has two standing committees: the Financial Audit Committee and the Programme Committee, each of which also includes non-voting delegates from the Members’ Assembly. It has also established a People and Culture Committee.

Information about each of our Board members is below:

She has served as the vice chair of Crisis Management Initiative, an independent organisation that works to prevent and resolve violent conflicts and has held Board Memberships with UN Live and Friends of the UN, amongst others. Gunvor is motivated by trying to make the world a better place by pushing for a better life for all children and especially girls, and for gender equality.

Madhukar Kamath is a marketing services professional, with over four decades of experience. Madhukar is currently the Chair Emeritus of the DDB Mudra Group, a mentor for Interbrand India and the Chair of Multiplier Brand Solutions. He has served as the Chair for the Advertising Standards Council of India, the Advertising Agencies Association of India and the Audit Bureau of Circulation. Madhukar helped to build MICA into India’s foremost Strategic Marketing and Communication Management and Business School and has also been conferred the Lifetime Achievement Award by the Advertising Association of India. He serves on the Board of Plan India and is committed to achieving the organisation’s ambition of all girls standing strong creating global change. Madhukar is a member of the Financial Audit Committee.

Carlos has worked as director and teacher at the Central University, Iberoamericana University, Libertadores University and the University of the Andes. He has been an advisor to the Deputy Minister of Higher Education in Colombia, a consultant for the Organization of the Iberoamerican States, and coordinator of interinstitutional relations at Pan American Association of Educational Credit Institutions. From the age of 5 to 18, Carlos was a Plan International sponsored child.

Carlos is a member of the Programme Committee.

Axel Berger joined the Board in 2017. He spent most of his professional career for the German arm of KPMG, the accounting firm, thereof 14 as managing partner of Cologne and Munich. He is also the former Vice-President of Financial Reporting Enforcement Panel. He received an Honorary Doctor of the University of Eichstätt.

Axel has sat on the Board of Plan International Germany since 2004 and joined the International Board in 2017. Axel is a member of the Financial Audit Committee.

Elbia holds a Bachelors degree in Economics from Universidad de Lima. She joined the International Board in 2017.

She is a member of the Financial Audit Committee and the People and Culture Committee.

Amanda joined the Board in 2017. Amanda’s first career was in UK local government social work, specialising in children services and child protection. She has since held a ‘portfolio’ of chair or directorships, in the UK public sector and on not for profit boards, always working with vulnerable people, especially children.

Amanda is currently on the boards of Plan International U.K., Barnardo’s and Great Ormond Street Hospital among other organisations. She is Chair of the People and Culture Committee and a member of the Programme Committee.

Rabia has been an entrepreneur in the area of technology media since 1999 and produces business-technology content for web, television and radio. In 2007, she brought the world’s largest business-technology magazine, CIO, to Pakistan. She co-founded ToffeeTV in 2010 which develops local language content, making learning fun through animated songs and stories and producing e-learning content for several companies. ToffeeTV is now expanding into curriculum-aligned educational content.

In 2017, Rabia co-established The New Spaces, a website dedicated to AI, Fintech, IOT and Infosec content. Rabia was previously the head of the Pakistan chapter of Eisenhower Fellows. She is the Chair of the Programme Committee and a member of the People and Culture Committee.

Günter worked for KPMG in Zurich, Geneva and San Francisco in a number of roles as an advisor, auditor and in various management positions. He served as a member of the Executive Board of KPMG Switzerland initially as Head of Financial Advisory Services and later as Head of Audit.

Günter specialises in audit, consulting, corporate governance, due diligence and capital market transactions. Günter is the Chair of the Financial Audit Committee.

Sibongani is a mental health professional whose career has focused on providing psychosocial, mental health and social protection services to children and families affected by HIV and AIDS, conflict, and poverty. Sibongani currently works in Sudan where she leads a team delivering projects that cover the triple nexus approach with projects interlinking the humanitarian, development and peace sectors.

Mark has over 30 years experience in Marketing, Operations and Human Resources at Apple and Citigroup. He moved to the Adecco Group in 2013 where he was on the Executive Committee until 2019. Mark is currently on the Boards of the Copus Group and SD Worx. He is passionate about people and supporting young entrepreneurs. Mark is a member of the People and Culture Committee.

Learn more about our structure 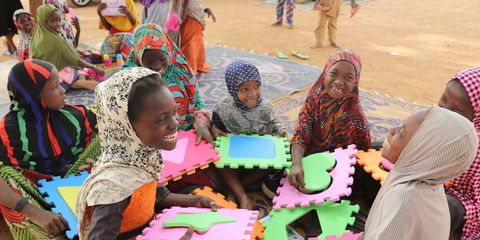