Young people don’t feel adequately prepared to participate in the green economy which is critical to addressing the climate crisis, our research has found.

In a global survey, Plan International found only one in three young people (29%) aged 15 to 30 feel competent in the skills they believe are needed to do jobs that tackle climate change, with young women feeling less competent than young men.

However, only one in 10 (9%) of the 2,229 youth and adolescents surveyed across 53 countries had applied to or are employed in a “green” job that addresses the impacts of climate change.

Lack of capital and skills are barriers to green jobs

The main barriers to accessing green jobs or work were a lack of start-up capital, cited by 38% of those surveyed, and a lack of skills, chosen by 32%.

One in three (29%) say they do not know of any accessible job or income generating opportunity in the green economy.

The imperative for all countries to transition from a fossil fuel dominated economy to a green economy is clear and urgent.

“Today’s young people will have to live with the devastating impacts of the climate crisis for the longest and are increasingly concerned about how it will shape their lives and futures,” Jessica Cooke, Climate Change Advisor at Plan International said.

“The imperative for all countries to transition from a fossil fuel dominated economy to a green economy is clear and urgent. Yet this research shows us that green jobs are few and far between, and young people who are on the cusp of entering the labour market don’t feel they have been prepared to apply for them.

“It’s clear that urgent and targeted action is needed to rise to this moment and equip young people with the skills and knowledge and provide opportunities to lead and support the rapid acceleration of sustainable economies worldwide. If well managed, we have a unique opportunity to not only protect the environment, but advance gender equality and intergenerational equity, at the same time as creating millions of jobs.”

Majority of young people were affected by climate change

The vast majority of young people (94%) surveyed have been directly exposed to climate change, mostly through changes in temperatures, rainfall patterns or seasons, and nine in 10 (95%) also say they are worried about its impacts.

Despite this, only one in four (25%) view their employment as a way to address climate change and considered it the main factor influencing their career choices.

Only one in three (29%) young people feel that their education has fully prepared them for work addressing the impacts of climate change.

The top skills needed to work in green jobs were environment and ecosystems management skills, chosen by 63% of those surveyed. This was followed by leadership and strategic thinking (52%), research and data analysis (45%) and adaptability, flexibility and resilience (45%).

Ahead of COP27 in November, Plan International is urging governments worldwide to create more pathways to green jobs. This could include embedding sustainable development and green skills development throughout education systems and providing young people with career guidance into green jobs and training opportunities.

The organisation is also calling for an interdisciplinary approach to climate change education that supports skills development, inclusive opportunities for young people to access green jobs and develop green skills in the workplace – such as internships, loans and start-up grants – and policies, strategies and financing promote a just transition to a green economy. 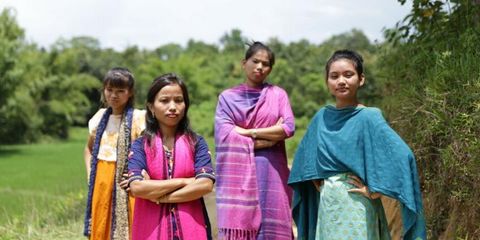 Inclusive quality education: the key to climate and gender justice 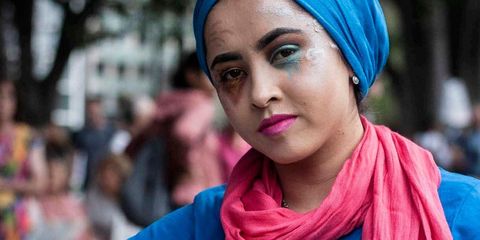 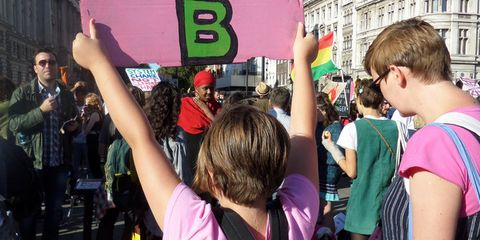 We support young climate change activists because children are the least responsible for creating global climate change but will bear the brunt of its effects.
Read more
Share