All children and young people have the right to freely speak out and influence the decisions that shape the world around them.

Girls and young women in particular are held back by gender inequalities and oppression that prevent them from being full citizens and leaders. The patriarchal norms and structural barriers at the root of these injustices must be dismantled so that all children and young people can realise their civil and political rights and have their voices count as active drivers of change.

Plan international believes that ensuring girls have access to decision-making spaces and can occupy leadership positions at every stage of their lives is key to building a world where girls and women can thrive across politics, the economy and society.

Download the full paper for our comprehensive position statement.

Plan International believes that every child and young person has the right to express their views freely and safely; influence decisions and take action on issues that matter to them. However, around the world children and young people – particularly girls and young women – face significant challenges in realising this right. They tend to be wrongly dismissed as insufficiently mature to participate in political and civic processes. They also tend to be stigmatised as potential perpetrators of disruption, not as valued citizens and contributors to society who can lead and drive positive change.

Plan International is calling for a paradigm shift in the way the international community talks about, engages and partners with children and young people. Children and young people are not just the future. They are the present. Young people constitute almost half of the world’s population, yet they are dramatically underrepresented – even excluded – in political decision-making. It is critical that their views and needs are taken into account politically, socially, legally and economically.

Promoting the voices and views of children and young people – especially girls and women – in all their diversity and supporting them to actively engage in decision-making on issues that affect their lives must be an urgent priority for the world’s power holders. Realising children and young people’s civil and political rights is a prerequisite for building sustainable and peaceful societies, and a gender just world envisioned in international human rights frameworks and the 2030 Agenda’s Sustainable Development Goals (SGDs).

Across the 75+ countries Plan International works in, young people have consistently identified the denial of their political and civil rights as a priority issue. In March 2017, Plan International conducted consultations with young women and men aged 14 to 30 from 14 countries. In every country, young people reported a sense of “citizen responsibility” and an interest in public life, yet identified the lack of platforms to meaningfully engage with decision-makers and inability to ensure their opinions are taken seriously as key barriers. Girls and young women in particular have called for the removal of gendered norms that increase those barriers, silence their voices and disproportionately hold them back from leadership and active citizenship.

Download the full paper for our comprehensive position statement. 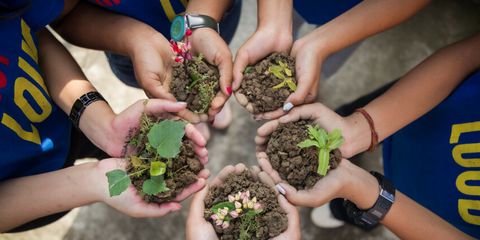 Young people don’t feel prepared to participate in the green economy which is critical to addressing the climate crisis, research has found.
Read more
See all news 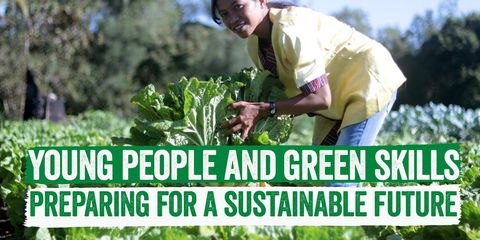 Young people are concerned by the climate crisis but feel ill-equipped for jobs that will pave the way for a sustainable future.
Read more
See all publications

Through annual interviews since 2006, 118 girls from 9 countries have shared their daily realities, attitudes, and aspirations for the future.
Read more
See all posts
Share