One of the most severe hunger crises in our lifetime is worsening by the day. We’re calling on G7 member states to take urgent action to save lives now. 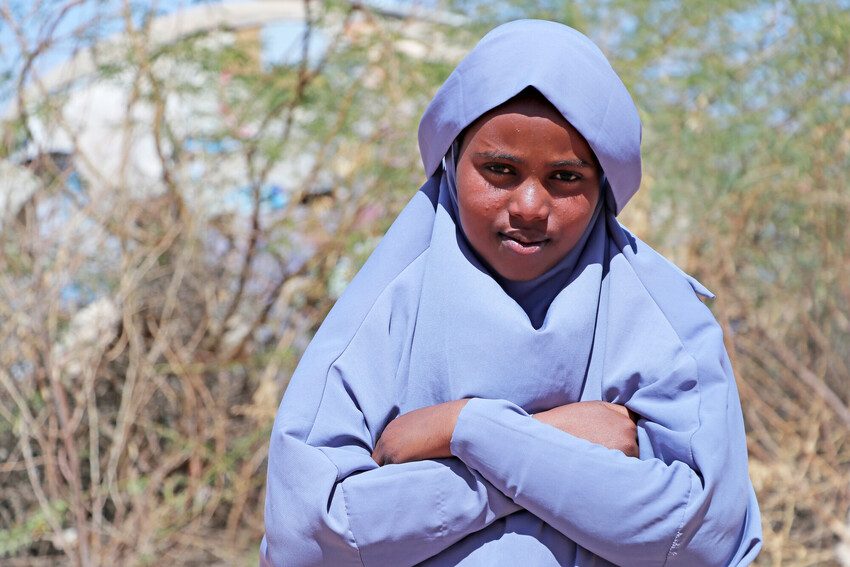 As world leaders prepare to gather at the G7 summit in Germany on June 26-28, one of the most severe hunger crises in our lifetime is worsening by the day. That’s why Plan International is calling on G7 member states to take urgent action to save lives now.

In an open letter, we are today urging G7 member states to urgently contribute towards the USD $21.5 billion needed to reach almost 49 million people on the brink of famine and build the resilience of a further 137 million people. These funds need to be readily available, immediately provided, flexible and unearmarked.

Faisa, 13, is from Somalia, which is currently facing its worst drought in 40 years. Pockets of the country are already feared to be at risk of famine. After being forced to flee her home in search of food, Faisa now lives in an internal displacement camp.

When food is scarce, girls and young women often eat less and last. As Faisa explains, “I cook, eat last and if there is not enough food, I don’t eat and have to wait until the next meal if I am lucky.”

She is just one of an estimated 193 million people globally who are in urgent need of food assistance in 53 countries. Somalia, Ethiopia, northern Nigeria, Sudan, South Sudan, Haiti, Burkina Faso, Niger and Kenya are among those at highest risk of food insecurity.

Communities are doing all they can to support each other. But the scale of this crisis is overwhelming, and requires urgent international support. A combination of multiple crises – including conflict in Ukraine, the climate emergency and economic fallout of COVID-19 – means that famine is a very real threat for five million children, who are at risk of dying from severe wasting.

Hunger affects girls, boys, women and men differently. The hunger crisis is not gender neutral, so our response shouldn’t be either.

How to avert a global food crisis

For this reason, Plan International has set out six key asks to G7 member states to avert a global food crisis:

Plan International is working in countries affected by the worsening food crisis, scaling up responses such as food distributions, cash and voucher assistance, school meals, malnutrition screening and nutrition supplementation. We are also stepping up livelihood protection and support activities such as supplementary livestock feeding, seed and other agriculture input provision.

But we urgently need more funds, so that we can reach more children, especially girls, and their families.

This crisis is not a surprise. We’ve known for 18 months that it was coming. That’s why G7 leaders endorsed a Famine Prevention and Humanitarian Crisis Compact in 2021. A year later, despite their pledges, they have not met all their commitments.

The upcoming G7 summit provides an opportunity to decisively tackle the global hunger emergency and avoid the worst-case scenario. We cannot afford the cost of another missed opportunity.

* No regret commitments are actions and resources that are secured regardless of whether or not the dangers occur. Learning from past lessons, a slow, delayed or insufficient humanitarian response risks thousands of deaths and high rates of starvation and food insecurity.