Omollo said the media spotlight on Ukraine must widen to bring the worsening global hunger crisis out of the shadows, a crisis affecting more people than the entire combined population of Europe. If resources are not increased, warned Omollo, it will be too late.

“Humanity must prevail when it comes to all crises – from the terrible events in Ukraine, to the world’s devastating hunger crisis. From Lebanon to Somalia to Niger, millions of people are struggling to find enough food to feed themselves and their families at even a basic level,” said Omollo. “And as the devastating conflict in Ukraine escalates, one of its aftershocks has been a rapid increase in food prices and fuel costs, which can only worsen the global hunger situation.

“As food supply chains slow down and prices escalate at a pace not seen for decades, we must not forget that time is running out for millions of children living in hunger hotspots globally.”

“We really are at a tipping point for hunger. If life-saving humanitarian assistance is not urgently stepped up, 300,000 people could starve to death every single day. This means humanitarian organisations are facing an impossible choice between feeding the hungry and feeding the starving. We must act, and we must act now.”

With spiralling costs of food and fuel, there is now a real risk of cuts to life-saving humanitarian assistance, at a time when it is most needed, warned Plan International, adding that it is important that donors do not cut funding at this critical time.

Children are at risk of starvation

In Somalia alone, 350,000 children are now at risk of dying from starvation, according to UN projections. Unless humanitarian aid is urgently stepped up, it is feared that parts of the country will face famine within weeks.

Even prior to the Ukraine conflict, the global hunger crisis has been steadily worsening over past months due to escalating food prices, ongoing conflicts, climate shocks such as floods or drought, and the COVID-19 pandemic.

Now the situation is at crisis point. The United Nations Security Council will have a focus in May on the global hunger crisis, with food insecurity prominent on their agenda, and while a pledging event in Geneva recently for the Horn of Africa is said to have raised $1 billion, many humanitarian agencies believe this is an overstatement – and all agree more funding is needed.

At least 45 million children are suffering from wasting, which is the most visible and severe form of malnutrition, and potentially life-threatening. That’s almost equivalent to the entire population of Spain.

In the world’s hungriest countries, children too young to walk are surviving on one meal a day, sometimes less. Entire classrooms are empty because students are too hungry to go to school, while some families don’t know what or when they’ll eat next. As a result of school closures alone, 204 million children globally are currently missing out on meals.

We must act now to stop catastrophic suffering

“If we don’t act now, it will be too late to stop catastrophic suffering on a global scale,” Omollo said. “And I do mean that we are on the brink of real catastrophe. We face a devastating hunger situation affecting millions of children in dozens of countries,. It has been crucial to turn our attention to the people affected by the conflict in Ukraine, and now I want to call for the world to pay attention to this hunger crisis, and treat all people in humanitarian crises equally.”

“We all have the same rights,” added Omollo, “and we must have the same compassion for children and families caught up in these disasters, as with the Ukraine conflict. That means humanitarian organisations, our donors and supporters.”

Omollo said children, especially girls, are particularly badly affected by the hunger crisis, and women and girls account for 70% of the world’s hungry. When food is scarce, girls often eat less and eat last. And as families and communities come under strain, girls are more likely than boys to be taken out of school, and will be at risk of child, early and forced marriage, gender-based violence, sexual exploitation and unwanted pregnancy.

Women and girls account for 70% of the world’s hungry

“Adolescent girls in Burkina Faso, Mali and South Sudan have told us that they are more likely to be married at a young age if their families are struggling financially,” explained Omollo. “Girls and women who have fled the conflict in Cabo Delgado, Mozambique, have told us that losing their income has forced them to resort to sexual exploitation to survive, sometimes for as little as US$0.16.

“We must invest in anticipatory action,” he added. “Waiting for a famine to be declared means knowing that people are going to die. We need to work on food security before it becomes a catastrophic emergency.”

Food insecurity can have devastating consequences for girls’ education, according to Plan International’s experience. Girls are already less likely to attend school than boys in many countries, and when families are hungry, girls are increasingly called upon to care for younger siblings, so that parents can work or seek food. 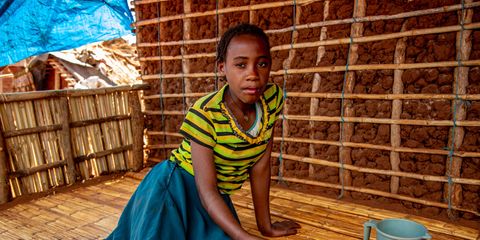 The world is in the midst of a devastating food crisis. Across the globe, in countries such as South Sudan, Bangladesh and Guatemala, conflict, climate shock…
Read more 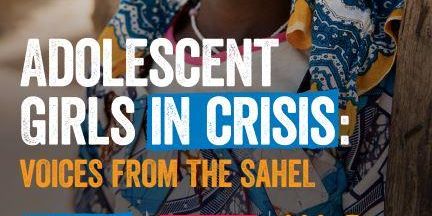 Adolescent Girls in Crisis: Voices from the Sahel

This research was conducted with adolescent girls, their families and communities in the Sahel region of Burkina Faso and Mali where people struggle with a l…
Read more
See all publications

Ukraine crisis will have catastrophic effect on global hunger

We must ensure the global hunger crisis is not further aggravated – particularly in the 20 hunger hotspots.
Read more
See all news
Share