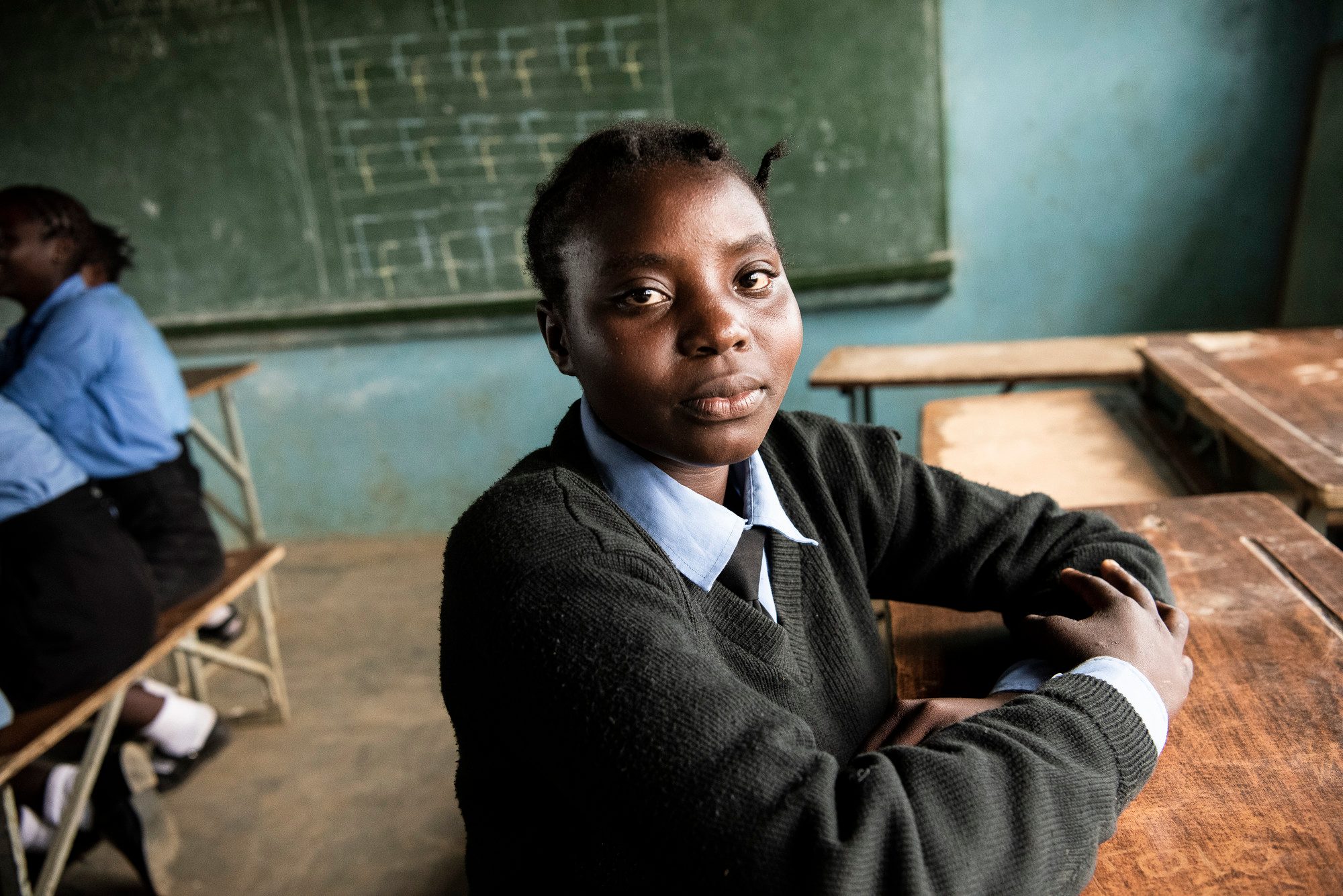 The Hungriest Places on Earth

The world is in the midst of a devastating food crisis. Across the globe, in countries such as South Sudan, Bangladesh and Guatemala, conflict, climate shocks and COVID-19 are contributing to a dramatic escalation in food insecurity.

As the current devastating crisis in Ukraine escalates, one of its aftershocks has been a rapid increase in food prices and fuel costs which will only worsen the global hunger situation.

As food supply chains break down, and prices escalate at a pace not seen for decades, Plan International warns that time is running out for children, especially girls, living in hunger hotspots globally.

Learn more about how girls are affected by hunger in:

South Sudan is one of the hungriest places on earth. Decades of widespread conflict, destruction and displacement mean the country faces a humanitarian emergency.

Girls are at heightened risk of being removed from school, of child, early and forced marriage, early pregnancy, and of sexual exploitation, as families and communities come under the strain of increased food insecurity. Women, infants, adolescents and children are also particularly vulnerable to malnutrition.

Adeng, from Lukurmach in South Sudan, was married off when she was a girl.

“The time I left my parents’ house, I was still young,” she says. “I moved to my husband’s house, and now I am pregnant.

“Ever since we have been struggling. Our enemies are always attacking us. We really suffer a lot. We are always on the run. They kidnap our people, mostly women and children. Now our area is empty. We lost all our food during the floods, now we face hunger.”

Plan International’s work in South Sudan includes distributing food and nutritional supplements in some of the most remote parts of the country, in partnership with the World Food Programme, and a school feeding programme reaching 92,000 children, as well as programmes to support girls at and back into school.

In countries already facing growing hunger, one in eight people – many of them women and children – will go to bed hungry tonight, and 44 million people are now on the brink of starvation, facing famine or famine-like conditions.

As many as 45 million children are suffering from the most acute form of malnutrition. The UN has warned that unless life-saving humanitarian assistance is urgently stepped up, 300,000 people could starve to death every single day.

Food insecurity can have a devastating impact on girls’ education. Many girls go looking for better ways of life, and end up being vulnerable. Others have to exchange sexual favours for some kind of sustenance. Others are exploited. Others practise child labour. Each day that goes by it’s becoming more serious.

Amina, 11, says: “I wake up at 5am to walk to school, study for four hours, and I come every day. When I come to school I do not have breakfast. Sometimes I become very tired, hoping for lunch.”

In response to the food crisis in Cabo Delgado, Plan International is working to make sure that girls, women and other vulnerable groups are protected from the abuse and exploitation that often occurs when hunger becomes widespread. This includes supporting children to go to school through an Education in Emergencies project.

Hunger in the Central Sahel region of West Africa

“The Central Sahel region of West Africa, already stricken by hunger, relies heavily on import of wheat, a supply chain heavily disrupted by the Ukraine crisis,’ adds Sven Coppens, Director, Plan International, Coastal West Africa. “The conflict in Ukraine will trigger even higher food prices, meaning it can only worsen the hunger crisis in countries here such as Burkina Faso, Mali and Niger.”

Learn about 17-year-old Fatimata’s life, dealing with both hunger and albinism in a refugee camp in Burkina Faso, as the food crisis worsens.

“At the child-friendly space, we often play board games, dance and tell stories,” she says. “I like board games. Since I know how to play them, that’s what I prefer. I’d like training in sewing. I want to be a seamstress.”

Hunger in the Horn of Africa

On the other side of the continent, more than 20 million people in Ethiopia, Kenya and Somalia are in urgent need of food and water. Millions of families’ harvests have failed, while thousands of their livestock – which pastoral families rely upon for sustenance and livelihoods – are emaciated or dead.

The devastating hunger crisis in Somalia means girls are fast dropping out of school.

Najma, 11, says: “Earlier I was in school, but I dropped out to help my mother. This is a bad situation. When I see people hungry and facing water shortages, it makes me feel sad. It highly affects us when drought occurs, most of either the students or teachers move out to other areas.”

Najma now helps her mother to get water and do chores, rather than going to school.

“I live with my family in a refugee camp. It is my dream to see my community have a better life, educated and change the world.”

When hunger strikes, girls often eat less and eat last. Najma says: “It happens that even if girls are hungry they prefer to feed children whether it is their child or brother. It deeply affects girls and in different ways. Their bodies are becoming malnourished, where it can be seen in their physical appearance.’

Meanwhile in other parts of the world such as Guatemala and Lebanon, families find themselves unable to survive unless they take their children out of school, so they can work to bring in an income.

Paulina, 24, from Quiché, has a brother and sister in the United States. She made the journey there herself at the age of 16 after her father had an accident, but returned home after falling ill with arthritis.

“Here in my community, there are food shortages because there is not much work, so families can’t buy food,” she explains.

Violence and the prevalence of patriarchal, exclusionary gender norms are another reason why women and LGBTIQ+ people in particular are leaving Guatemala, as well as the lack of access to education, quality healthcare and employment opportunities for young people, especially girls and young women.

Bakul, 17, weaves cane mats for a living: ‘I studied until class 10. After that I couldn’t continue my studies anymore, due to family finances. When I see my little sister going to school, I feel like going as well. I miss my school a lot.’

“I don’t ever want to get married at an early age,” adds Bakul. “I want to do a job in the future, support my family and be self-dependent, then my family will not marry me off.”

While the effects of food insecurity are felt across communities, the impacts on adolescent girls are often unacknowledged. Girls are being exposed to new risks of sexual exploitation, abuse, violence, and harassment during food distributions, while having their wellbeing and future prospects undermined by being taken out of school and made to work.

Other projects include livelihood restoration – distributing seeds or livestock including cows or sheep to communities affected by drought. In the case of floods, replacement fishing equipment such as nets might be given out, as well as boats and other supplies.

watch the playlist: girls in the hungriest places on earth