On International Day of the Girl, girls around the world demanded their voices were heard. Here’s just a selection.

To mark the International Day of the Girl in the Dominican Republic, Abigail (right) took over the seat of José Horacio Rodríguez in the Chamber of Deputies.

During her takeover, Abigail was given a tour of the Congress of the Dominican Republic and was able to meet with other government deputies. Valuing girls and young women as political actors is critical for transforming communities and shaping gender-equal societies.

The first ever Arab Girls’ Summit took place in Jordan. During this ground-breaking, girl-led event, girls from 18 countries entered into dialogue with key stakeholders to voice their opinions and concerns, breaking taboos of girls’ political participation.

In Nigeria, the Global Girls’ Summit saw girls from across the world call for enhanced support and investment in the activism, leadership and power of girls and young women globally for their meaningful participation in the decisions that shape their lives.

The summit, which was developed alongside girls, highlighted the barriers between what girls are capable of and what girls are allowed to be in relation to their political power.

In Colombia, Ayelen took over as vice-president for the day from Vice President Francia Márquez, the first ever Afro-Colombian vice president of Colombia!

During her takeover, Ayelen raised awareness about the need to join efforts for children’s rights, to advocate for girls to grow up with equal opportunities, and to promote a diverse world free of gender violence where women and young people can enjoy their rights.

“Your voice and that of all girls in Colombia will always be heard. Never stop dreaming because you are already empowered and are the protagonists of the present and future of the country,” said Márquez.

To mark International Day of the Girl in Switzerland, 22-year-old Bettina took over as the President of the Swiss Confederation and Head of the Federal Department of Foreign Affairs, Ignazio Cassis.

During her time in power, she said: “It’s time to talk to and not only about young women in politics and to empower girls to go into politics in order to make decisions about their own lives.”

In Sudan, in collaboration with the National Council of Child Welfare and Combating Violence Against Women, Plan International Sudan hosted the Decision and Policy Makers Dialogue Forum which was attended by more than 100 people, including decision and policy makers and activists, along with representatives from civil society organisations, media, government, donors, embassies, INGOs, and UN agencies.

Dr. Sulima Ishag, Director of the Combating Violence Against Women Unit (CVAW) an agency of the Ministry of Social Development, said that girls as often the most affected by wars and conflict, climate change, and economical crises. She also emphasised the importance of the political participation of girls in Sudan and noted that all girls’ issues are primarily political issues.

Girls are facing barriers and pushbacks when it comes to participating in politics. Stand with girls changing the face of politics! 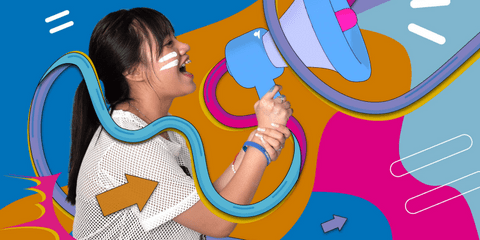 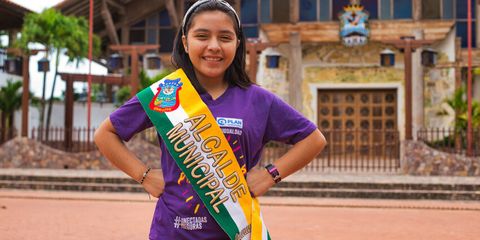 In the 2022 State of the World's Girls report, hear from 29,000 girls and young women from 29 countries as they navigate the political landscape.
Read more
See all publications 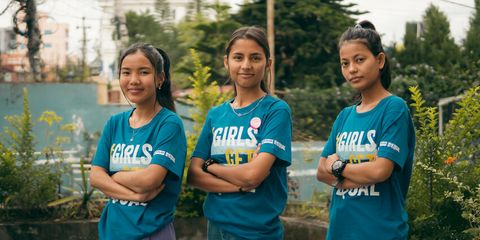 As we are nearing the end of 2022, we are looking forward to welcoming 2023, excited for a great year for girls in all their diversity.
Read more
Share