Girls at risk in Horn of Africa as drought crisis continues

Girls are at risk of sexual exploitation, child marriage and other rights violations as communities across the Horn of Africa face one of the most severe droughts in more than 30 years. 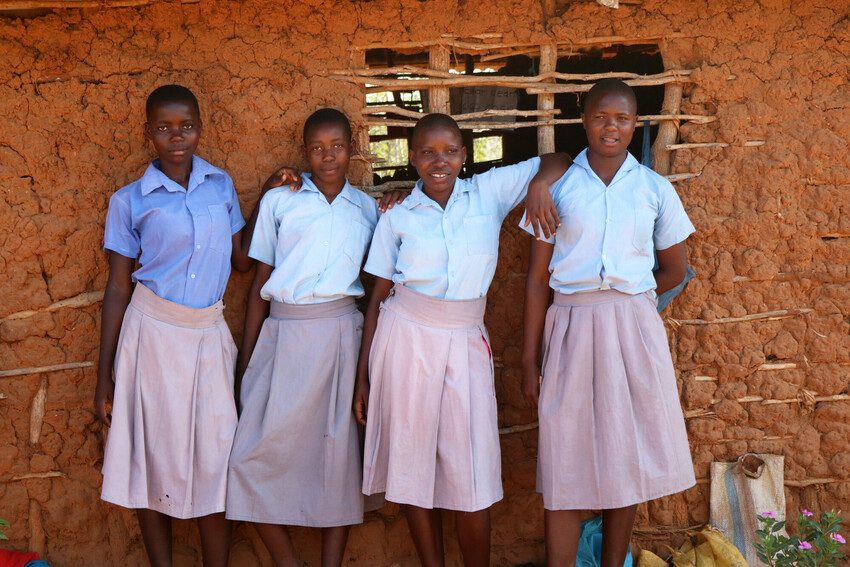 Last month, the Kenyan government declared the current drought affecting parts of the country as a national disaster, with Kilifi county named as one of the worst affected communities. The lack of pasture has killed thousands of livestock and left an estimated 2.1 million Kenyans grappling with hunger and water scarcity, an issue which usually affects girls and women disproportionately. For girls and women struggling to cope with the drought, many are resorting to extreme survival tactics such as eating less or selling sex for food or money. This year has been the toughest year ever for girls as the lack of water and food makes some girls offer sexual activities in exchange for sanitary pads, food and clean water, Halima explains. Plan International is responding to the crisis in five of the worst affected counties. We are distributing food parcels to those most in need and supporting school feeding programmes so that children can have at least one nutritious meal at school each day and be encouraged to stay in school, where they are safe and can continue their education.

More than 13 million people in Ethiopia,  Kenya and Somalia  are waking each day to face high levels of acute food insecurity and severe water shortages after three successive failed rainy seasons. With loss of life on a devastating scale now a real risk, families are resorting to desperate measures to survive, with children and girls hardest hit.

Stephen Omollo, Plan International’s CEO, said: “This drought and the resulting consequences come as many families and communities struggle to recover from the impact of previous crises, whether the COVID-19 pandemic, ongoing conflict or desert locusts. These are all creating huge humanitarian needs in a region which has been suffering from shock after shock, for multiple years.”

Girls are at greater risk of violence and exploitation

In some communities, child marriage is on the rise as more families have resorted to marrying their daughters to obtain dowry payments and relieve pressure on household resources.

One13-year-old girl living in Somalia told Plan International that her biggest fear is being sent to the city to work or being married off in exchange for money.

Whenever I see a man speaking with my mother, I get scared thinking that I am the deal

“Whenever I see a man speaking with my mother, I get scared thinking that I am the deal,” she said.

In other communities, as families have to travel longer distances for work or to obtain food, parents have stopped sending girls to school, so they can help with household responsibilities, whether taking care of the family or sending them instead to either go look for food, water or work. This, in turn, has placed girls and young women at greater risk of sexual violence, exploitation, and abuse.

One teacher in Kenya’s Tana River County told Plan International that she now teaches classes that do not have a single girl present, since many of them are out looking for food and water or are taking care of their homes while their parents are away.

The child rights’ organisation has spoken to girls, some as young as 11 or 12, saying they are being exploited by older men in exchange for food, water or money.

One 15-year-old from Kenya said: “This year has been the toughest year ever for girls as the lack of water and food makes some girls offer sexual activities in exchange for sanitary pads, food and clean water.”

“The time to act is now. Unless humanitarian support is urgently scaled up, girls and young women will be the hardest hit by drought, facing the double risk of child marriage, gender-based violence and sexual exploitation, as well as hunger and malnutrition,” warned Omollo.

Girls are at risk of malnutrition

Adolescent girls, along with children under the age of five, are particularly vulnerable to malnutrition, which has significant impacts on brain development, which undermines educational attainment, health, and ability to earn a living.

Malnutrition also poses particular threats to adolescent girls and women who are pregnant and breastfeeding. These girls and women are at an increased risk of miscarriage and maternal mortality and face risks of stillbirth, new-born deaths, low birth weight and stunting for their children, leading to an intergenerational cycle of malnutrition.

The organisation has a funding target of 8 million euros for its Horn of Africa emergency response – currently underfunded by 6.2 million euros – in order to reach even more girls and their families, who have been caught up in this crisis.