Plan International welcomes with optimism the bold statement from the President of Niger that child marriage will no longer be tolerated.

The President of Niger, Issoufou Mahamadou, has stated that child marriage will no longer be tolerated in the country where the legal age of marriage for girls is currently 15. This announcement has the potential to change the lives of millions of girls.

A law has been proposed to raise the age of marriage to 18, but this has yet to be adopted. However, Plan International hopes that interest from the President in this issue will lead to child marriage being banned sooner rather than later.

“Child marriage is a gross violation of a girl’s fundamental human rights,” said Johnson Bien-Aime, Country Director for Plan International in Niger. “It denies girls access to an education, to protection, to a job and to reproductive health care.”

“Niger has the highest rates of child marriage in the world and for years it has prohibited girls from reaching their full potential. As a result, we applaud the visionary statement from the President which not only draws attention to child health and gender based discrimination but also emphasises the importance of education and the key role it can play in securing the country’s social and economic future.”

The announcement from Mahamadou came as he gave key messages of responsibility to locally elected representatives comprising regional governors, regional council presidents, mayors and members of the board of the Association of Traditional Chiefs of Niger, as they assumed office on September 8.

Addressing this issue at the local level is of the utmost importance.

“The underlying causes are grounded in deep cultural and social beliefs, which are reinforced by the legal, educational and economic conditions of Niger. So it is only by working with communities, men as well as women and girls, that we will be able to change this practice.”

Plan International is currently implementing several initiatives and projects to promote gender equality and end child marriage in Niger. Activities include educating communities on existing laws against the practice, training youth groups and social workers and engaging men and husbands on girls’ rights and reproductive health.

According to Bien-Aime, there is an urgent need to scale-up these types of initiatives in the context of emergency response, where girls are even more vulnerable to harmful practices such as child marriage.

Girls are seen as financial assets

“In times of crisis, child marriage increases because girls are seen as financial assets, an opportunity to claim dowry as a survival strategy during a food crisis for instance. During conflict, adolescent girls are susceptible to gender-based violence, and can also be vulnerable to abduction by armed groups where they are often forced to become ‘wives’ and fighters. They are subjected to sexual violence, vulnerable to HIV and AIDS and are often stigmatised as child mothers.”

“We are encouraged that the country’s highest office is taking the lead on tackling this issue and are determined to redouble our efforts to end child marriage and improve the lives of Niger’s next generation.” 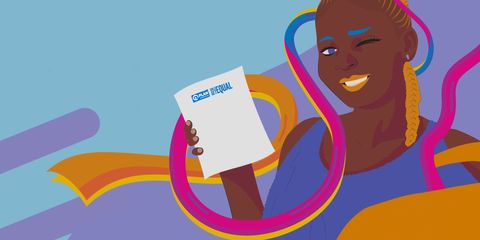 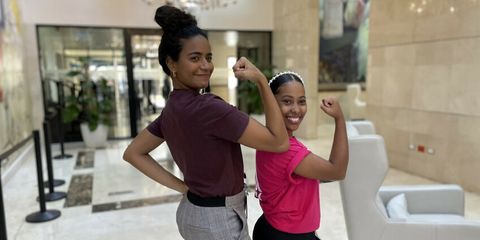