As each day passes, more and more children in Ukraine are living through events unimaginable to many adults. The day after international media reported horrific atrocities in the town of Borodyanka, I met a 39-year-old woman who recounted her escape from a nearby village. Now in Lviv, western Ukraine, she fled her home on day ten of the conflict after emerging from an air raid shelter to find a bomb had damaged her house.

Russian soldiers had occupied her village she explained. Setting off by car with three other families, including four children under the age of six, they marked their cars with white flags and the word ‘children’. As they drove through fields to avoid the main road, they saw civilian cars and armoured tank vehicles destroyed by fighting. She was in tears as she recounted the journey she took to find a place of safety.

Some parents haven’t yet found the words to explain what is happening to their children. Lydia, who I also met in Lviv during a humanitarian mission with Plan International, is 25 and mother to two boys, four and seven. They had just arrived at Lviv train station after a gruelling journey from Luhansk region, more than 1,300km away.

Lydia resisted leaving her home for weeks, but was finally persuaded after bombs fell near her house. As her children Igor and Zhenya played nearby, I asked Lydia, who used to bake cakes for a living, if they understand why they have had to make this journey, with just two pieces of luggage. “They know that there is a war but we don’t tell them anything else,” she said. “I don’t know if it is right to tell them.”

Her fear is that they will worry about loved ones they have left behind, like their grandmother. “There are many people we know, relatives, who are still there because they have stayed behind, so I don’t want to upset them and I don’t want them to worry.”

The effect of conflict on children’s mental health

A young father from Lviv told me that his son, three, is too young to understand there is a war and that people are dying, but he does recognise the sound of the air defence sirens that frequently go off each time a threat is detected in Ukrainian airspace. Whenever they sound, he reminds his parents that they need to go down to the shelter, something a child should never have to do.

In conflict and other humanitarian emergencies, mental health is often amongst the least recognised health need. This is for many reasons, from the fact that signs of emotional distress are harder to spot than a physical illness, to a perceived lack of urgency when immediate needs like food, water and warm shelter are so many.

But in a conflict which is tearing so many lives apart, the need for psychosocial and mental health support is overwhelming. Sadly, many children are aware of the reality of conflict, having been injured or seen their homes destroyed, or worse, witnessing family or friends lose their lives.

Those who have been spared these horrors will still be affected by seeing their parents anxious or distressed. Parents and caregivers are a child’s first line of protection, but they too are struggling after leaving loved ones behind or losing their homes and livelihoods. Children take their cue from the adults around them, so this has a profound impact on their sense of safety and development.

In Lviv train station, where between 5,000 and 7,000 people are still arriving each day as they flee fighting in other parts of the country, a team of volunteers and psychologists are now referring dozens of people each day for clinical mental health support. Although the number of arrivals is slowing from around 30,000 per day a few weeks ago, women and children are arriving in greater distress, having lived through conflict for longer.

In Lviv, located 70km from the Polish border, civilians have for the most part been spared active fighting. But this changed last weekend, after seven people were killed in a missile strike believed to have been targeted at the train station.

While there, we saw how ordinary people and city authorities alike have stepped up to respond to the huge humanitarian needs created by the arrival of thousands of women and children, whether from Kiev, Donetsk or Luhansk, offering them rooms to shelter in or driving those who want to leave the country to the border.

But they are struggling to cope with overwhelming levels of need. It’s critical that children’s emotional and mental health isn’t overlooked, and critically, that of their parents and caregivers. This is just the beginning. And while we don’t know how long the conflict in Ukraine will last, we do know that these hidden scars will last even longer.

Children and families affected by conflict in Ukraine need your support.
Read more 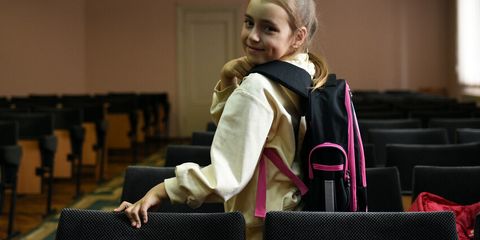 Returning to school after fleeing conflict in Ukraine

As the number of children fleeing their homes in Ukraine grows by the day, conflict is disrupting the education of a whole generation of pupils.
Read more
See all case studies In this booklet, you can learn more about Plan International's response to the Ukraine crisis in March 2022.
Read more
See all publications
Share