20 AUGUST 2015
Children will be critical agents of change in the implementation of the Sustainable Development Goals, blogs Plan International’s Maribel Ullmann.

Last week, amidst worldwide celebrations to commemorate International Youth Day, the President of the UN General Assembly released the final text of the Sustainable Development Goals (SDGs), agreed by consensus among governments earlier this month.

Although the concurrence of these two events may not have been planned, it highlights the significance of this year as a historic opportunity for young people and for the governments that serve them. The post-2015 outcome document recognises that “Children and young women and men are critical agents of change.”

Plan International has been calling for governments to actively seek out and support the meaningful participation of young people in decision-making and implementation of the post-2015 agenda.

The SDGs will be formally adopted by Heads of State at the UN in September marking a historic moment that will set the world’s development agenda for the next 15 years. However, the SDGs are not legally binding. Each government will decide how to implement the ambitious goals based on their own national contexts.

Furthermore, review of a country’s progress toward the Goals will be strictly voluntary. This means the implementation of the SDGs will to a great degree rely on citizens who will have to hold their leaders and governments to account and remind them of their commitments.

This is where young people have a critical role to play. If countries are to succeed in achieving the SDGs, leaving no one behind along the way, governments must seek out an active and substantive engagement of young women and men from diverse backgrounds in national level planning, implementation and monitoring. The overall success of the SDGs depends on youth engagement because young people are:

The SDGs are a universal agenda for “Transforming our world.” To achieve this transformation, we must rethink the approaches of the MDG era that left youth out of the process. Governments that recognise the value of collaborating with young people as partners and establish clear and explicit pathways for their meaningful participation from the outset will be much better positioned to achieve the 17 SDGs and related targets.

As UN Secretary-General Ban Ki-moon stated during his Youth Day message this year “No one knows better than them the issues at stake or the best way to respond. That is why I am calling on young people to speak out and I am urging leaders to listen.” 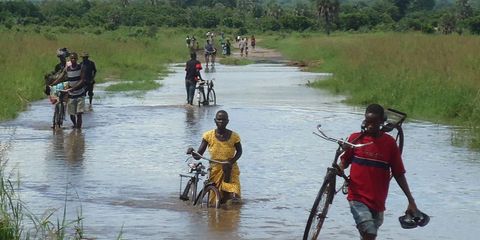