By 2030, globally more than 800 million women may have suffered the consequences of child marriage, up from more than 650 million today.

The challenge of eliminating child marriage is particularly acute in the Asia-Pacific, where despite steady progress in many countries to reduce CEFM, the practice remains widespread. South Asia is home to the largest absolute number of child brides, over 12 million girls under 18 are married each year, translating into 23 marriages every minute or one girl every two seconds[1]. The Pacific region falls right after South Asia in terms of global prevalence, about 8 percent of girls are married by 15 and about 26 percent of girls are married by 18[2]. In Southeast Asia, CEFM rates are significantly high but fluctuate across the region.  Noteworthily, adolescent birth rate in South East Asia, currently at 47 per 1,000 girls, is higher than the South Asia average of 35 per 1,000 girls[3].

Plan International’s regional work in Asia-Pacific, which prioritises strengthening youth activism, engagement, and involvement to eliminate CEFM in Asia, engaging traditional and religious leaders, campaigning to prevent and end CEFM, the use of digital technology, cyber platforms, and online solutions, as well as promoting accessible and quality gender-responsive services reflects, proven-effective strategies to eliminate CEFM, as well as to prevent and reduce adolescent pregnancies in Asia-Pacific.

“Louder than Words”, a collection of testimonies reflecting girls’ and boys’ activism in collaboration with Plan International in tackling and challenging root-causes of CEFM to prevent this harmful practice and achieve girls’ empowerment and equality, promotes, celebrates and highlights the regional efforts to prevent and end CEFM that has evolved into a regional initiative called Time to Act!

“Each story of grassroots redemption speaks louder than words. These are stories of actions that have led to many small yet significant victories in this perpetual battle of right against might. As we’re exploring these accounts of struggle, familiarity emerges of well-known settings, characters, plots and tensions – it’s how a story resolves and ends that we need to influence,” stated Bhagyashri Dengle, Executive Director, Asia Pacific and Gender Transformative Policy & Practice, Plan International.

“I am not the only one; there is a whole generation out there yearning for change,” shared Sravani from India, who has prevented ten cases of attempted child marriage and helped 50 children get back to school.

Sravani and several other girls and stakeholders across the region featured in 17 stories of this collection are bold change makers who do not back down but stand strong alongside Plan International in their fight against CEFM, demanding a better present and future for themselves and other youth. These stories of grassroots redemption prove that tales of tragedy can also become tales of survival and triumph.

[1] UNICEF (2020). Child marriage database. As cited by Girls not Bride, Available at: https://www.girlsnotbrides.org/about-child-marriage/#sources

A matter of urgency. Available at: https://www.unicef.org/eap/press-releases/addressing-patterns-childmarriage-early-union-and-teen-pregnancy-southeast-asia 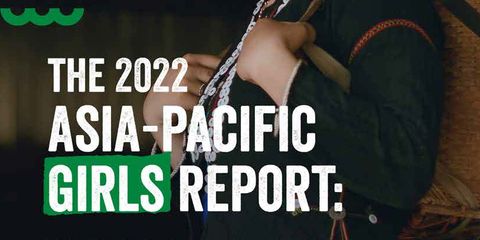 The 2022 Asia-Pacific Girls' Report: Their Fight for the Future 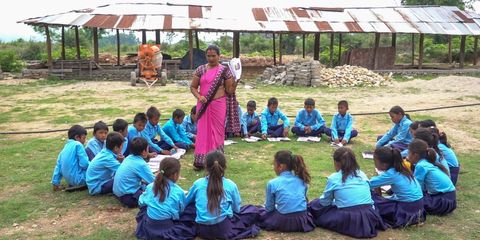 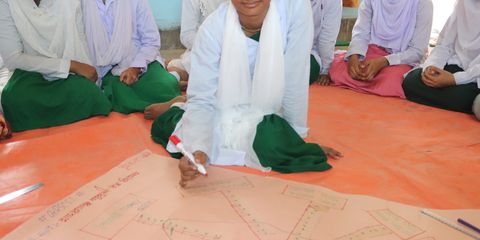 Shadona, 14, from Bangladesh, is leading a student task force to identify and mitigate risks caused by disasters in her school and community.
Read more
See all case studies