In celebration of the National Women’s Month, girls’ rights advocates Plan International Philippines and Philippine Legislators’ Committee on Population and Development (PLCPD) launched on March 23, 2021 the #SafeEverywhere campaign, the newest collaboration on advocating for improved policies protecting women and girls in all spaces.

In the latest episode of Usapang Human Development, PLCPD’s online policy talk show series, the two organizations unveiled the campaign as an initiative under the newly forged alliance dubbed “GxG” between Girls Get Equal, Plan’s youth-led movement demanding freedom, power, and recognition for girls, and #GirlDefenders Alliance, a group of legislators and multi-sectoral representatives organized by PLCPD to promote policy reforms on girls’ rights and protection.

Despite landmark legislations toward ending violence against women and girls, many challenges around women and girls’ safety  and protection, especially those brought about by the pandemic, prevail.

The Philippines remains a global hotspot for online sexual abuse and exploitation of children. Sexual harassment and the stigma and victim-blaming attached to it continues to be rampant and has encroached the digital space. Child marriage is prevalent in the Philippines, with the country ranking 12th worldwide in absolute number of child marriages, increasing the negative health and development impacts especially on girls.

“Education, choosing career paths, having a fighting chance to be free from poverty, are all basic human rights. No one – not even a girl’s parents, family, government – can infringe upon these rights. The #SafeEverywhere campaign expands the advocacy platform to consolidate support for policy reforms that will help end OSEC and child marriage,” emphasized Rom Dongeto, Executive Director of PLCPD.

Urging the public to support the #SafeEverywhere campaign, girl advocates from the Girls Get Equal campaign and the Girl Defenders Alliance also joined the online talk show and shared about the impact of OSEC and child marriage to girls and young women.

“In this time of pandemic, young women like me are more vulnerable to many forms of abuse and violence like OSEC,” shared KC, an 18 year old Girls Get Equal advocate. “The present situation also poses greater challenges and limits to being an advocate, but we will continue the fight against OSEC.”

“We are very happy and excited to be part of the #SafeEverywhere campaign. As #GirlDefenders, we believe that we can be safe when we are aware of our rights and when we know what we can do to advocate. In our communities, we did awareness-raising on the negative effects of child marriage and now, we are happy that there are more advocates who can do the same.” according to Farhana Tala Ganoy, #GirlDefender from Maguindanao Alliance of Youth Advocates against CEFM.

Recognizing the GxG collaboration as an important milestone and platform for girls’ participation, Plan highlighted in the online campaign launch how crucial amplifying the voices of girls and young women is in crafting and pushing for laws and policies that directly affect them.

“Plan International has long believed in the importance of youth participation, and we are happy to see Girls Get Equal advocates and the Girl Defenders Alliance working together to expand spaces for girls and young women while they are being afforded equal protection.” said Selena Fortich, Plan International Philippines’ Country Program Manager for Child Protection.

Through the GxG partnership, Plan and PLCPD will work together in the #SafeEverywhere campaign to advocate for policies that will help resolve the rising cases of OSEC in the Philippines, prohibit child marriage at the regional and national levels, and localize the implementation of Republic Act No. 11313 or the Safe Spaces Act. 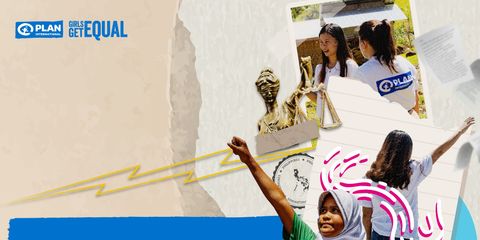