Jacqui And Serap Call On All Female Activists To Support One Another And Rise Up, Together We Are Stronger!

Jacqui, a youth activist from Tanzania who is fighting to ban child marriage in her home country, and Serap Altinisik, a lifelong feminist and Head of Office and EU Representative at Plan International, met during Serap’s country visit to Tanzania. Ahead of the International Day of the Girl, these two feminist activists are coming together again to share their mutual passion for girls’ rights and to share their thoughts on activism, their motivation, and the challenging journey they have faced in the fight for equality in a world where people don’t necessarily believe in the power of girls and women.

Growing up, Jacqui saw and experienced the cultural practices which discriminate against a girl’s dignity: “we are still in a world where a girl cannot do as much as boys and opportunities are given to boys and not girls. People don’t believe in the power of girls.” She also experienced a lack of trust from some people in her community: they didn’t believe in girls’ leadership or ability to create change. But Jacqui has proven these doubters wrong.

Serap truly believes in girls’ leadership and that no one should make decisions for girls without girls. “It is not enough only to listen to girls; we must let them lead. It is a duty of decision makers across the world to build the structures that allow the voices, leadership and creativity of girls and youth to shine.”

Jacqui is a truly a driver of change – committed to changing the inequalities she has experienced in the world. She recounts “No one believed me at first nor believed I had the power to change – but despite all this I managed to create real change.” She worked with other youth activists from the Youth 4 Change programme carried out by Plan International Tanzania to change the law of Marriage act of 1971. According to this act the minimum age for marriage was 15 years, posing a barrier especially for girls to stay in school.  Jacqui prepared a petition and collected signatures with other activists both online and in person, and the minimum age for marriage was raised to 18. But her passion to change the world doesn’t end there.

Serap reiterates that girls must be able to live free from harm, free from abuse and violence, and free from harmful gender norms which are a possible barrier to women and girls everywhere. A lifelong feminist, her professional fight for gender equality began at Terre Des Femmes, including roles such as Head of Domestic Violence Department and Head of Activists and City Groups. But the injustice she still sees and experiences on a daily basis only motivate her to strive to be bolder. “Social norms are ingrained in both women and men; I have encountered this my whole life, in all circles, and in all walks of life, I am judged differently to men for saying and doing the same thing.”

It is not enough only to listen to girls; we must let them lead.

Both Serap and Jacqui have experienced backlash against their activism. Jacqui says “society believes activism is against society and sometimes family and friends don’t support you”. Serap strongly agrees: “As an activist you challenge the status quo. We are challenging the patriarchy and ingrained thinking within both men and women – you always experience resistance and even sanctions. People see this as an attack on their own communities – it is always tough for people to admit to and address their privilege. Standing up for their rights is more difficult for girls and women because the world is made by men for men. This is also true of other intersectional identities which can put people more at risk when they speak out.”

But for both Jacqui and Serap it is this reaction which reinforces their own beliefs and motivates them to fight even harder. Serap also talks of the positive space activism has provided in her life: “being around people who have the same values and principles creates a safe space and helps heal wounds.”

Serap’s mission is to work together with youth activists and let girls’ voices lead. Jacqui believes that female activists have one common goal: “we must create tolerance and acceptance. Together we are stronger.” Jacqui calls on female activists to continue supporting each other and raising each other up through more coalitions and platforms. Drawing on her own experience participating at the Pan African Youth Forum in Ethiopia in 2019, Jacqui calls for young women to be in every national assembly to shape political agendas. This encourages confidence and political participation in a world where social norms place less value on girls’ voices.

Serap’s and Jacqui’s journey together is one of mutual learning and inspiration and their feminist activism and shared passion for gender equality surpasses geographical and generational boundaries. It is also an inclusive safe space to share their experiences along this journey. For Serap, this is inspiration to push every single day as Head of Office at Plan International EU Office to tear down structures of oppression, building a feminist and intersectional future. And for Jacqui, this is motivation to raise up, together with girls all over the globe, to spread the word that all girls can have a promising future and become female leaders the world needs!

Jacquiline has been a Youth 4 Change member and an active youth advocate since 2017, during this time, she has been actively engaged in campaigns at national and community levels to advocate for ending child marriage, Female Genital Mutilation and Teen pregnancy in many of Plan International’s projects including EU Funded Projects.

She took over the position of the Head of Trade for the Canadian High Commission in Tanzania during the 2017 #GirlsTakeover and in 2018, she took over a higher position as the Head of Office for DFID UK in Tanzania during IDG 2018 #GirlsTakeover. While in this role, she was asked to do the official opening and addressed more than 200 people including high government officials, diplomats, CSO’s and other key stakeholders who joined to launch the Tanzania National Dialogue on Ending Child Marriage, Teenage Pregnancy and FGM.

Her advocacy experience and the work that she has been engaged in to influence policy change, young girls and communities to change behaviors and attitudes is something that promises a young girls’ louder message across the globe. As she is becoming a strong advocate to girls and women rights; this opportunity will give a chance to another youth advocate to send a message to the world that the movement for gender equality has young and energetic allies.  To us, Jacqueline is one of the inspirational youth advocates in the country, who has leveraged the girl and women power to move the world forward. 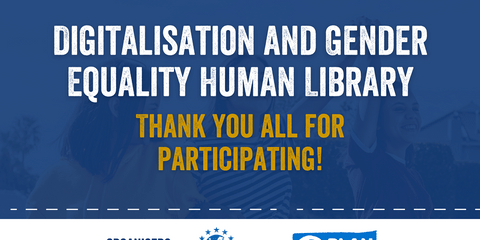