Time to Act! Storming the Norms

Regional research on identifying negative social and gender norms perpetuating child, early and forced marriage in Asia-Pacific and addressing them through a gender-transformative approach.

Child, early, and forced marriage (CEFM) has significant and adverse effects on girls. With many underlying factors that are complex and interrelated, this research focuses on identifying gender norms, as a sub-set of social norms, that perpetuate CEFM in the Asia-Pacific region.

CEFM is a global challenge and a harmful practice that is widely recognised as a blatant violation of children’s rights and the rights of girls and women. Globally, approximately 650 million girls and women alive today were married before 18.

Over the past decade child marriage has declined but global progress has varied across regions and countries, particularly in Asia, and is not declining fast enough to achieve the Sustainable Development Goal target 5.3 of eliminating harmful practices including CEFM by 2030.

With every passing year, we are adding so many child brides to the global numbers who are going to face all forms of violence with almost no remedial measures.

CEFM has more adverse effects on girls than on boys, impacting girls’ education, social engagement and empowerment, and violating their sexual and reproductive health and rights, limiting their autonomy and placing them at increased risk of sexual and physical violence. Above all, CEFM creates a cycle of dependence on the in-laws’ families, with limited access to resources and a burden of social obligation.

Evidence indicates that the underlying factors that perpetuate CEFM are complex and interrelated. While there are context-specific factors, common patterns are identified. The most significant drivers of CEFM are poverty, parents’ concerns over their daughters’ safety as it relates to honour, lack of access to education for girls, lack of alternatives for girls outside of marriage, humanitarian crises, and adolescent pregnancy.

While arranged marriages remain common in Asia, there is also an increase in circumstantial marriages that often result from unintended pregnancy which may arise from either consensual or non-consensual sexual activity. The percentage of pregnancies of girls aged 15-19 that are unintended in Asia-Pacific has risen to 63%.

Gender inequalities and harmful social norms are root causes that devalue and restrict girls and women making decisions, as well as root causes for CEFM perpetuation. Understanding both social and gender norms has been critical in addressing CEFM:

Throughout this research, a specific focus was placed on identifying gender norms as a sub-set of social norms that perpetuate CEFM in Asia-Pacific. This includes the identification of different manifestations of gender bias regarding social assignment of gender roles, access to and control of resources based on a person’s gender, and the participation of girls and young women in decision-making in the household and over their bodies and lives. 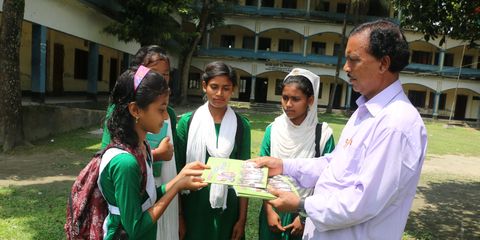 A poetry book written by a teacher in Bangladesh is being used by girls to prevent child marriages.
Read more
See all case studies 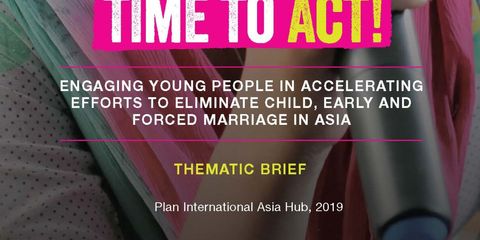