We believe in Paraguayan girls

We Believe in Girls is a regional and local movement that gives girls a voice and a platform to make the changes they want to see in their communities.

Every day, girls and young women from hundreds of communities throughout the country face situations and problems that endanger their futures and even their lives. These include domestic violence, child servitude, child marriage, sexual abuse, early pregnancy and poor access to education and health. Problems and inequalities have been deepened by the context of the current pandemic.

According to reports from the Public Prosecutor’s Office in 2020, more than 2,400 reports of child sexual abuse were received from January to November. At least 8 minors were victims of child abuse and mistreatment on a daily basis.

Data obtained by the Ministry of Public Health and Social Welfare indicate that girls between 10 and 14 years of age give birth to almost 700 babies a year. Approximately 20% of pregnancies occur in girls and adolescents between 15 and 19 years of age.

For these reasons Plan International works together with families, communities and governments to take immediate action to end violence and change beliefs, attitudes and behaviors that cause harm to girls and young women.

What is the goal of the campaign?

We Believe in Girls is a regional and local movement that gives girls a voice and a platform to make the changes they want to see in their communities. This will result in projects with real and lasting impact.

For more than 20 years in Paraguay and 80 years globally, Plan International has been building alliances with and for girls, promoting changes at a local and global level to transform their lives.

How can I join? 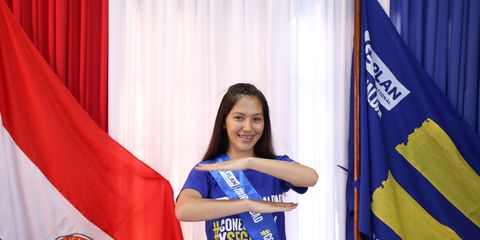 Plan International has worked in Paraguay since 1994 to achieve lasting impact on the lives of the most vulnerable children.
Read more