Child, early and forced marriage has significant negative impacts on the futures of children, particularly girls. This harmful practice can expose girls to violence, unintended pregnancy and unsafe abortion, denying them their basic rights to childhood, with damaging impact on their education, health and economic prospects.

In South and South East Asia, 43% of adolescent pregnancies are unintended, arranged marriages are common and the economic circumstances which drive child marriage persist. If current trends on child marriage continue, 150 million more girls will be married in childhood by 2030, with devastating consequences for the entire world.

A new report ‘Time to Act: Accelerating the elimination of child, early and forced marriage’ produced by Plan International with the support of UNFPA reveals that youth champions are the solution to ending this harmful practice through grass roots and next-generation activism. To supplement this movement, other effective solutions, including challenging harmful social norms and advocating for legislative change, are critical for ensuring that children, especially girls, have the right to choose when, if and whom to marry.

The time is now to scale up these interventions. Empowering girls through creating spaces for them to speak openly about education, identity and sexuality is an effective strategy which has proven successful in various contexts across Asia. Engaging men and boys is also key to challenge and transform harmful gender norms and practices. National initiatives capitalising on youth involvement in arts, sports and broadcast communication can raise immense public awareness on the negative impacts of child marriage.

Examples from just three countries symbolise the challenges and opportunities that exist in many. Bangladesh has amongst the highest rates of child, early and forced marriage in the world and the highest in Asia. Of the 20-24 age group, 59% are married before their 18th birthday.

Civil society has worked with girls in Bangladesh for years on large-scale initiatives that provide life skills and economic opportunity. It is now legal to register all births, an important step towards monitoring age at marriage and avoiding the misfortune. In Cambodia, unintended pregnancy, social pressures to marry young and patterns of poverty can drive child marriage in urban and rural settings.

Surveys nationwide have found that stigma around contraception and abortion can drive young people to marry and have children before they are ready. In response to the findings, comprehensive sexuality and reproductive health education in schools has been one solution used to lower rates of child marriage. Alongside this initiative, programs boosting social safety nets in minority groups, are likely to be effective once scaled up. In Nepal, nearly 40% of girls are married before the age of 18.

Young activists are rising up against outdated traditions

“I want to inspire the girls who believe that their goals can never be achieved,” she says “I want them to know that they have rights and together we can change our destiny.”

This is just one story that stands for so many other young activists fighting to end this harmful practice. The right to choose if, when and whom to marry is not one currently enjoyed by most girls or boys in South and Southeast Asia. However, evidence of action to eliminate child marriage in the region is showing promise. We must capitalise on this progress and scale-up successfully proven initiatives so that children are empowered to affect change in their own communities and to shape their own futures.

The time is now to end child marriage

Better equipped with this knowledge and renewed understanding, we are determined to contribute to accelerated action, urging an immediate response and increased investments. The time is now to end child, early and forced marriage and address the drivers of child marriage and adolescent pregnancy once and for all. Let’s accelerate our efforts! 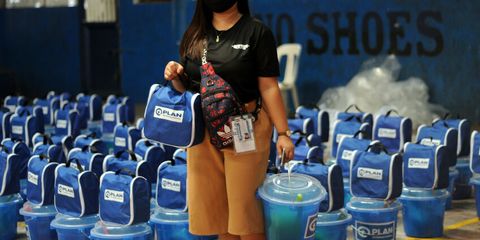 Just like many poor urban settlements throughout the world, Richelle’s community in one of the most populated districts in Manila, characterized by its small…
Read more
See all case studies
Share