During droughts children are often pulled out of school by their parents. Our school feeding programme is providing children with meals, keeping them in school and keeping them safe.

By the time Kenyan President Uhuru Kenyatta declared the current drought an emergency in February 2017, Plan International was already providing families with life-saving commodities. Our food distributions reached over 2,600 people from December 2016 to January 2017.

However, as the drought worsened, more needed to be done as the emergency was causing children to drop out of school.

“At around 10am, we noticed children fall asleep during class time,” says Dida, a head teacher of a school in Kilifi. “We realised the majority of them miss breakfast. We often release children during lunch break and they come back with less energy. Most families have been affected by this drought making it difficult for them to provide adequate meals for their children.”

Gabriel, a head teacher at a different school says, “On several occasions, I spotted one of the children sweating abnormally. The first time this happened, I wasn’t sure what was going on. Then I decided to give the child some water and food. About an hour later, I noticed the child was back on their feet and more energetic. This had become a common occurrence.”

With funding from the Swedish International Development Cooperation Agency (SIDA), Plan International started a school feeding programme in April 2017. The programme was intended to reach approximately 8,000 kindergarten children in 93 schools.

“Before the feeding programme, it was difficult for my 5-year old daughter to cope well. Many times she would fail to do her homework,” says Elizabeth, mother to Mariam.

“I knew her hunger was severe when I wondered why it had taken her so long to arrive home from school despite our home being a few metres away. I decided to walk to school to check on her, only to find her sleeping on the path. She was too weak to walk so I carried her home. I found myself carrying her home a couple of times until I contemplated discontinuing her education,” she added.

“When the feeding programme began, I was among the parents who volunteered to cook at her school. I would wake up early, prepare her and once done with my house chores, I would go to her school to cook.

“The difference is immense. My daughter’s health has improved and her concentration in class is good. She is now able to do her homework and whatever I have to feed her and her siblings in the evening is enough.”

As part of the programme, volunteers from the community help with preparing the school meals. The project is now reaching an estimated 11,000 children in 94 pre-schools in Kilifi County, significantly more than the original target of 8,000. 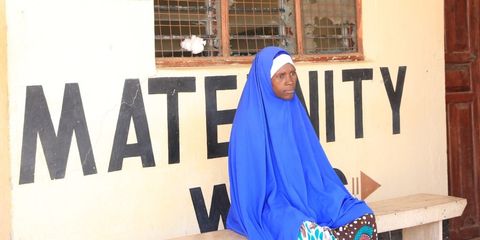 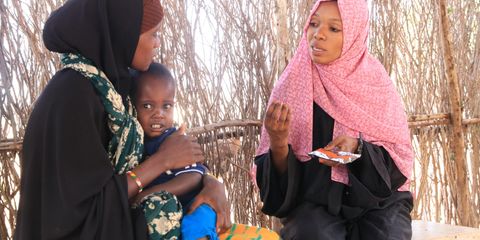