Protecting children and adolescents from armed violence in Colombia

In Colombia, Plan International joined forces with Fundación PLAN, the Secretariado Nacional de Pastoral Social and the municipal authorities in Cauca, Chocó, Meta, Norte de Santander and Guaviare to develop a project with the objective to reduce the impact of armed violence on children and to reintegrate in society the youth formerly associated with non-state armed forces. Since the adoption of the peace deal back in 2016, ending decades of armed conflict, Colombia has been transitioning into stability. Against this backdrop, the project allowed for progress in the area of child protection and, specifically, contributed to joining efforts at institutional and community levels to prevent the enrolment (forced/voluntary), use and abuse of children and adolescents by non-State armed groups in the country. 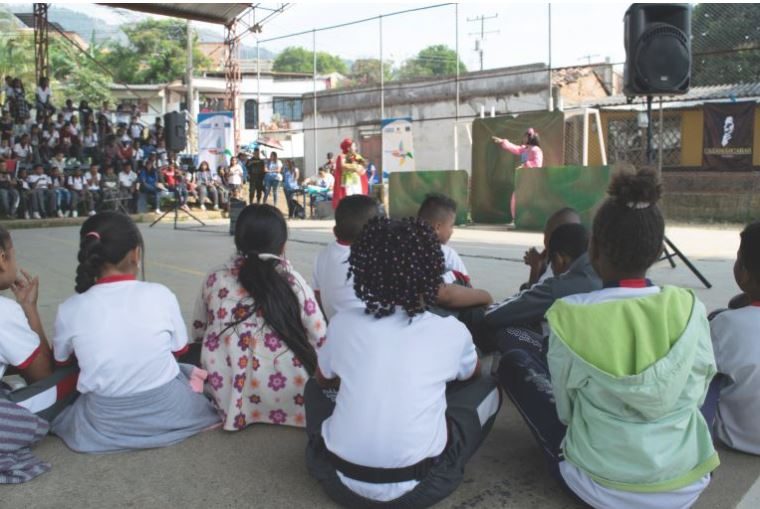 “To live in the midst of conflict is to live in the midst of a world where opportunities do not exist (…) to live in the midst of a world where we do not have quality education, in a world where children do not have the guaranteed rights to health, to a family, to a good and healthy diet, to adequate education” says one of the adolescent girls involved in the project. In this scenario of violence, children and adolescents, especially girls, were the most exposed to psychological and physical traumas that affected their lives and interpersonal relationships. Not only they experienced the risk of being recruited from armed groups but also of being exposed to sexual violence, forced displacement, orphan hood and the presence of explosive devices in their community areas. In the most affected areas of Colombia, the “Comunidades para la Paz”project took action to strengthen a protective environment against enrolment and every type of child-based violence and to support affected youth with psychosocial accompaniments. In addition to this, Plan International also supported the local communities advocating to highlight the violations of child rights, the abuses experienced by adolescent victims of armed conflicts and raising awareness on child protection.

Despite the difficulties of the context in which the project was implemented, youth proved to make many progresses in the enjoyment of their rights of being protected, reintegrated and to meaningfully participate in their municipalities’ life. One of the girls participating in the project said: “I owe all my courage to the Plan Foundation, to the Social Pastoral and to the European Union, which have been responsible for encouraging me and the other young people” Indeed, girls, boys and young people strengthened their personal capacities for self-protection and their leadership; they raised their voices in local and national advocacy spaces, exposing the violations of their rights and demanding the fulfilment of rights by the authorities. The project also had a special emphasis on girls, and different actions were implemented with a gender perspective, such that one of the beneficiary girls said: “The project encouraged me (..) to reduce the inequalities that exist (..) it is time that we, women, are also respected and valued. It is not possible that women continue to be raped and killed, it must be possible for women to continue to emerge in a world of opportunities.”

The project encouraged me (…) to reduce the inequalities that exist (…). It is time that we, women, are also respected and valued. It is not possible that women continue to be raped and killed, it must be possible for women to continue to emerge in a world of opportunities.

The “Protecting the rights of children and adolescents affected by recruitment and other victimizing acts of armed violence in Colombia – Comunidades para la Paz” project is carried out with the financial support of the European Commission, DG for European Civil Protection and Humanitarian Aid Operations. 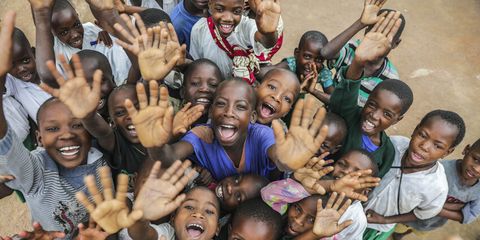 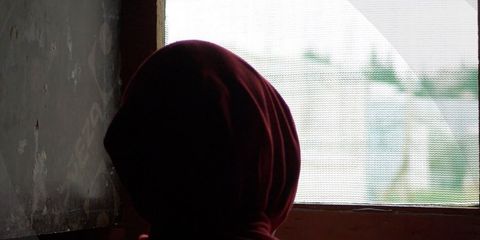 On the occasion of the 2022 Syria Donor Conference, Plan International is inviting you to an event on “Adolescent Girls in NW Syria: Survivors of Vulnerabili…
Read more
See all news