Despite high levels of discrimination and inequality in their communities, Aisha and Fatima are taking control of their own lives and supporting other girls and women to do the same.

For the past 10 years, the state has been the epicentre of the Boko Haram insurgency, witnessing a violent campaign against the Nigerian state and leaving tens of thousands of people dead and millions displaced.

Boko Haram is a Hausa phrase that translates to formal education is forbidden.

“People used to tell me that as a girl, I am not supposed to be studying law; that I am supposed to study nursing or education to become a teacher,” says Aisha, 19, a student of University of Maiduguri, North East Nigeria.

Aisha who is in her fourth year in the university studying Law is the leader of Plan International’s Girls Get Equal (GGE) and anti-human trafficking campaigns in Maiduguri.

The GGE campaign seeks to give agency to young girls to stand up for their rights and speak out on issues that affect them, especially gender-based violence.

In Maiduguri, the campaign group targets Internally Displaced Persons’ (IDPs) camps and secondary schools to sensitise young people on the need to have an education.

“Not many people know about their rights here let alone fight for them because of a lack of education,” Aisha who is the last of 8 siblings said.

She said: “I have a friend. She is in senior secondary school but she is far older than me at 23. She’s been practically disowned and abandoned by her father because she insisted on having an education. Now, he refuses to pay for her school fees, labelling her as a disobedient daughter.”

Once, her friend’s father brought an old man who is older than him to marry her daughter. She explains, “The man is a grandfather. She refused to marry the man, instead she chose to go to school which signalled the beginning of her ordeal.”

And because women are not taken seriously here, “The mother of my friend had no say just because she is a woman,” Aisha lamented.

Fatima, also 19 years old is Aisha’s best friend. She is in her third year at the same University of Maiduguri, studying Microbiology. Fatima and Aisha are both members of the GGE campaign facilitated by Plan International.

One more thing the duo have in common is that they are passionate about advocating for girls’ and women’s rights.

Fatima says for gender discrimination to end, the root causes and enablers must be addressed. “The discrimination girls and women face in this part of the country has its roots in the home. You see parents constantly reminding their daughters why they must cook for their male sibling as if it is a crime for them to also cook. The boys grow imbibing the culture of girls’ servitude which I think needs to stop,” she explained.

The friends are leading other like minds in the GGE and anti-trafficking campaigns in Maiduguri to educate younger people on their basic rights and how to remain resilient and focused to build a better future.

As women and girls continue to face sexual harassment and forced marriage, Fatima says “In our own little way, we are committed to taking this campaign beyond our cycle of friends. We will be taking it to secondary schools to create awareness among students on knowing their rights especially to education and sexual health and hygiene.”

“After I graduate from law school, I intend to use my knowledge of law to defend women who are often at the receiving end of societal biased notions and negative norms,” Aisha said enthusiastically even as she rues side comments from both men and women warning her she will find it hard to find a suitor for marriage for standing up for women’s rights. “I really don’t care about that,” she says. 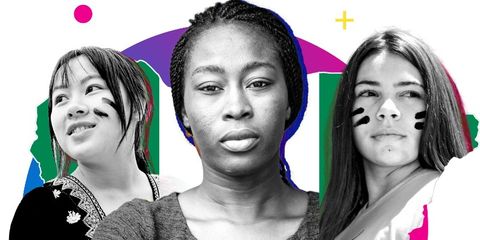 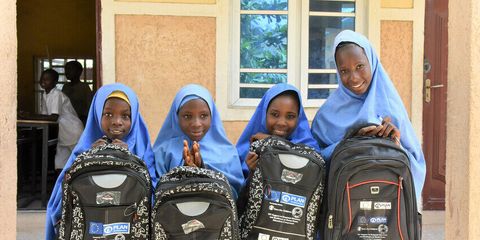 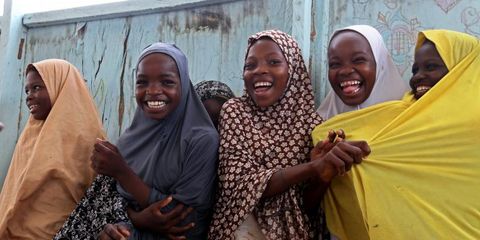 Girls' rights activists and campaigners came together in Nigeria on International Women's Day to call for an end to online violence.
Read more
See all news