Despite acute food shortages, Ngaidok is committed to tackling the issue of child marriage in her community, having been forced into marriage herself at a young age.

Severe food insecurity and conflict in South Sudan has left around 60% of the population facing acute food shortages. Despite this, 30 year old Ngaidok is committed to tackling the issue of child marriage in her community, as having been forced into marriage herself at a young age, she is well aware of the damage it can inflict on a girl’s life.

“I want to see girls and women help each other to empower themselves, so that no one has to experience the same things that I faced,” she says.

Ngaidok lives in a small hut covered by tarpaulin in Pibor county, where hunger is particularly acute. This part of Jonglei state has been heavily affected by conflict and suffered devastating flooding in August 2020 which destroyed people’s homes, crops and livelihoods.

When she was 15, Ngaidok was married to a man she first met on her wedding day. She quickly fell pregnant and now has 6 children to take care of.

“There was no food at all to eat. I could not give any food to my children as they needed baby food. Tears would roll down on my cheeks all the time. Even my breast milk was not enough, so each pregnancy frightened me a lot.”

Child marriage is rooted in gender inequality and harmful social norms, so in a country like South Sudan which has deeply entrenched cultural practices and social norms linked to gender, the rates of child marriage are high. According to data by UNICEF, 52% of girls are married before 18 and about 1/3 of all girls in South Sudan are pregnant before turning 15.

Low levels of education and lack of knowledge about the harm caused by early marriage further exacerbates the situation. Child marriage is further fuelled by poverty. Often girls are married off early so their families can collect a dowry, which families are now using as a coping mechanism for hunger.

Ngaidok still faces many challenges each day, including living with a disability after she was injured during an attack on her village while attempting to save her life. She now uses crutches to walk which means she can no longer work in the field or go to bush to collect wood to sell.

After joining several gender-based violence awareness raising sessions run by Plan International, Ngaidok found her confidence again and started campaigning to end child marriage in her community. She often goes door to door to speak to community members about the adverse effects of early marriage, giving her own story as an example.

“I want to stand with girls and women so that they can raise their voices and do not marry until they are 18,” she says.

Thanks to her dedication, she has been able to convince several families in her community not to force their daughters into marriage. Although she did not get the chance to go to school herself, she makes sure that all her children attend school each day.

To help Ngaidok and her family cope with the hunger crisis, they are receiving food supplies from the World Food Programme which are distributed by Plan International. The food has brought some hope into her life once again.

“I started smiling again when the food distribution began in our community. The food supplies are not only making me happier but also my neighbours,” she says. “If there is no food, it’s difficult to survive, as I am not able to work due to my disability.”

Plan International is urgently scaling up operations in Pibor and the surrounding areas, where we have been working with local communities to deliver food and treatment for malnutrition, alongside education programmes and child protection services to bring an end to domestic violence and early and forced marriage. 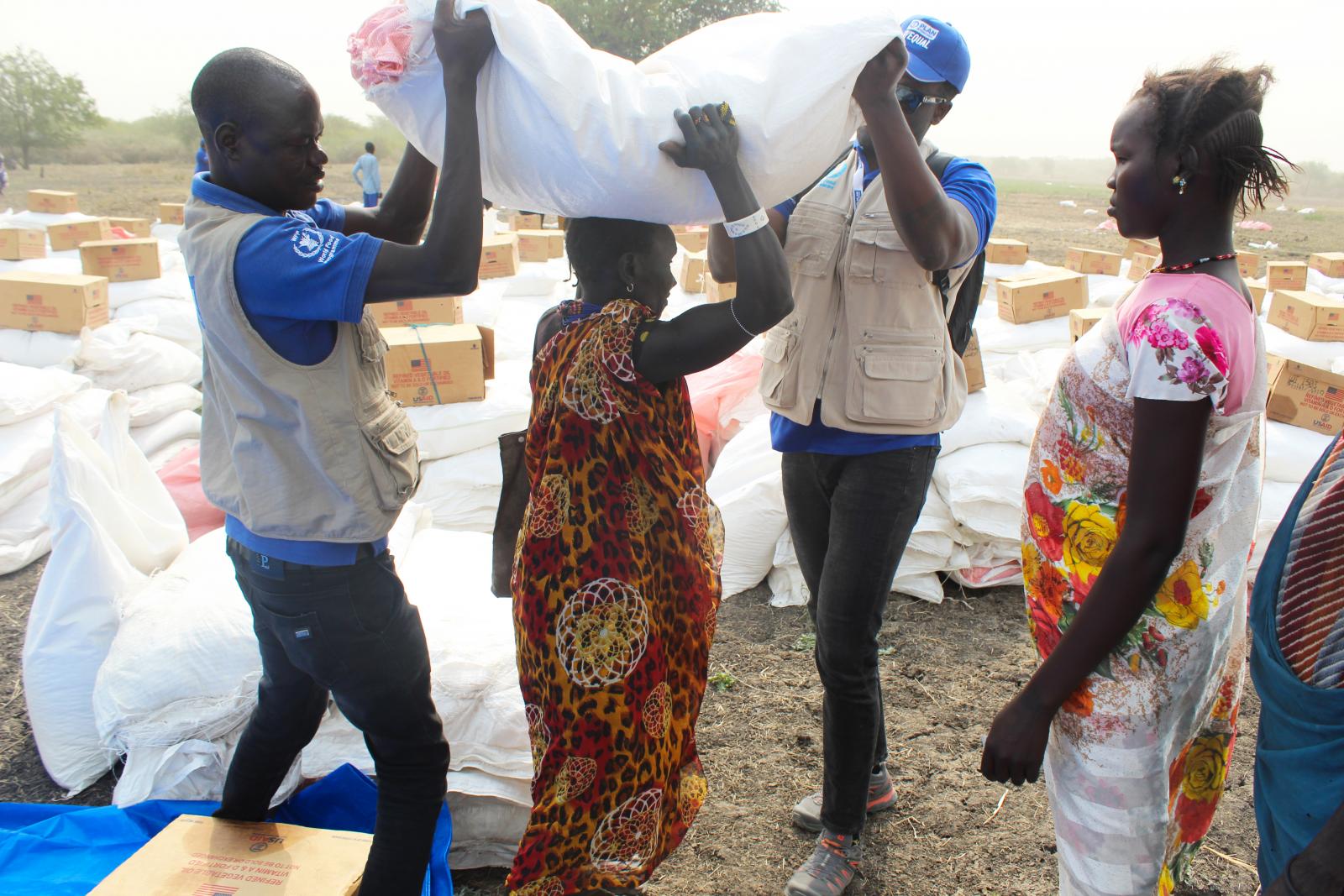 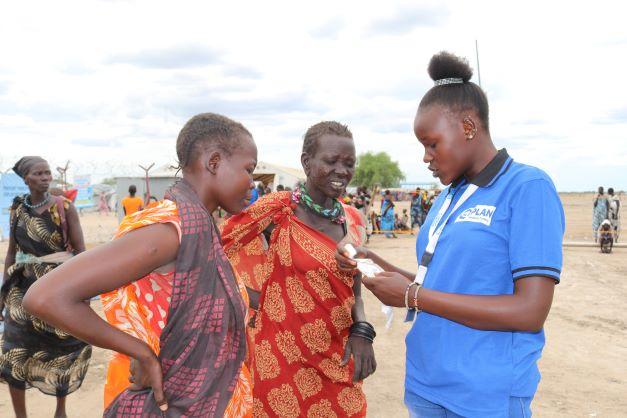 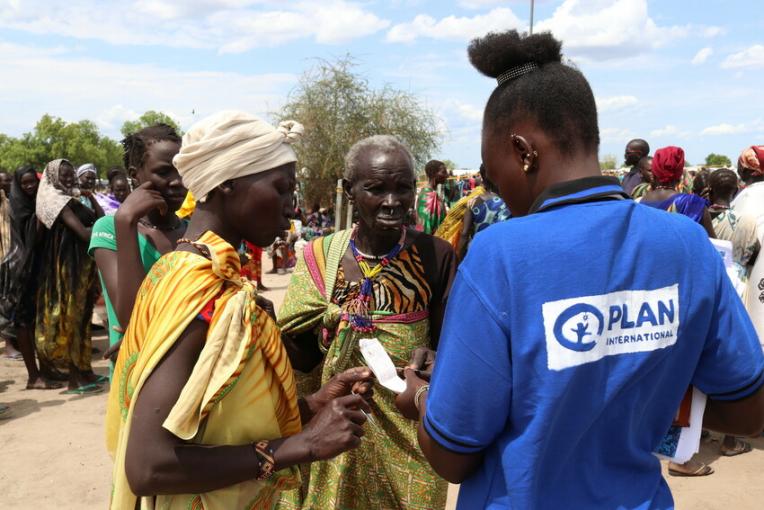