Plan International is responding to the needs of children as thousands of Burundian refugees continue to flood into Rwanda and Tanzania.

A serious humanitarian crisis looms as thousands of Burundian refugees flood into Rwanda and Tanzania. Plan International is working to protect children in both countries.

Nearly 70,000 refugees have crossed into Tanzania since violence in Burundi began in May. More people are crossing the border into Rwanda, where over 35,000 refugees had already arrived by late June.

“It is imperative we meet the needs of children as soon as they arrive into Tanzania. About 50% of the refugees entering are children, many of them separated from their families or unaccompanied. This presents a massive protection risk.”

Plan International is supporting the refugees, who are living in reception centres and overcrowded camps in both countries.

Some refugees in Tanzania are also sheltering in churches and school buildings, preventing children from attending classes.

In Rwanda, refugee children are suffering from a lack of food, clothing, safe spaces and psychological support.

We are supporting children at 2 reception centres as well as Mahama refugee camp in Rwanda. Casimir Youmbi, Acting Emergency Response Manager for Plan International Rwanda said: “Children are the most vulnerable and affected during disasters.

“Emergencies can deprive children of their education and increase their need for psychosocial support and protection, especially if they become separated or are unaccompanied.”

Our response focuses on preventing violence against children. We are also distributing food to children to prevent them becoming malnourished and are providing clothes, wash kits and sanitary pads to unaccompanied children.

In Tanzania, we are working in collaboration with the International Rescue Committee and Unicef to set up 3 safe spaces for children to learn and play, as well as helping them receive support and referrals for further care.

Violence is expected to escalate in the run-up to the election on 15 July. 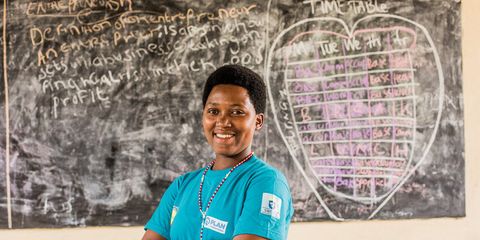