An education crisis is looming as the COVID-19 pandemic and conflict have forced millions of girls out of school in the Central Sahel region of Africa.

At the peak of the COVID-19 pandemic, 12 million children in the Central Sahel had no access to schooling. This, coupled with insurgent attacks which have forced countless people to flee their homes and family responsibilities which force girls to drop out of school, is leading to a hidden education crisis.

Lack of safe access to education during armed conflict will have life-long consequences for girls and boys in the Sahel. Schooling offers a vital route out of the cycle of conflict, offering learning, life skills, social cohesion, and protection from insurgency, gender-based violence or forced marriage.

Plan International is concerned by reports of increasing attacks on education by armed groups, with more than 4,000 schools across the 3 countries shut down in 2020 alone. Schools are a central target for insurgent groups, and attacks on them fuel the cycle of instability and underdevelopment.

The impacts are especially dangerous for girls, with consequences such as pregnancy from rape, early and forced marriage, and the stigma of sexual violence, all making it difficult for them to return to school.

Fatoumata Haidara, Plan International Director of the Sahel sub-region, said: “Barriers to girls’ education are becoming ever more pronounced as the Central Sahel crisis drags on. Adolescent girls across the Sahel already face greater difficulty accessing and continuing in education than boys but the protracted nature of this complex crisis, coupled with the COVID-19 pandemic, has left girls’ education at breaking point.

“The denial of girls’ rights to education directly affects their wellbeing and future prospects, as well as the future of the region as a whole.”

Adolescent girls are more likely than their male counterparts to be forced to drop out of school, further exacerbating existing gender gaps. This sets in motion a range of negative impacts, from child labour to forced marriage or early pregnancy. Once out of school, they’re also less likely than boys to return.

Eleven year old Kadidia from Mali dropped out of school in 2018 as a result of the crisis. “When I was in second grade, armed bandits warned us to close the schools,” she explained. “All the children in my village were forced to drop out of school. We were often locked in the house for 2 or 3 days without being able to go out.”

Kadidia and her family eventually fled their village in 2019 and found shelter elsewhere in the country. After attending an awareness-raising talk about the importance of schooling for girls, Kadidia and her brothers were enrolled in one of Plan International’s learning centres, and she has plans to become a teacher herself in the future.

Internal displacement due to conflict is a huge obstacle to staying in education. Since the start of the crisis, more than 2 million people have been internally displaced in the Central Sahel, UNHCR announced in January.

He said: “Due to the nature of the crisis that Burkina Faso is going through, there are many internally displaced children who have left their villages and are settled in other areas, leaving their schooling unfinished.

“Some of those children dropped out of school very early, others have never been to school. Every one of them needs assistance to be able to go to school.”

The organisation has made educational programming a priority in its Central Sahel response.

In the reporting period 2019-2020, Plan International Mali helped more than 25,000 children to return to school, and provided school supplies to more than 50,000.

In Burkina Faso, Plan International’s emergency education projects have reached more than 95,000 children. Projects range from speed schools –  which allow children who have either never been at school or who have left school early to reintegrate – to menstrual hygiene management programmes and scholarships for the most vulnerable children or those who have been internally displaced.

There are multiple barriers to girls’ access to education in the Sahel, but we know from previous research that girls see education as vital for future opportunities. Plan International is calling on donors and the international community to step up and provide funding that can be ringfenced specifically for educational needs.

Ms Haidara added: “If learning continuity is not prioritised, we risk rolling back 20 years of gains in girls’ education.

“It is critical that governments maintain safe access to education during armed conflict. We must ensure that education sector plans are both gender-responsive and conflict-sensitive. That involves working with school communities and listening to girls’ own experiences when developing strategies to ensure the continuation of education.” 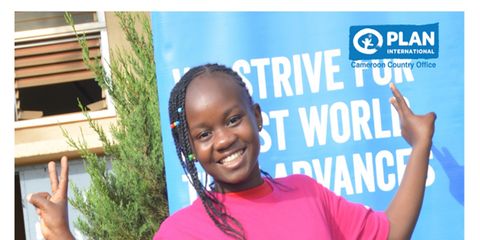 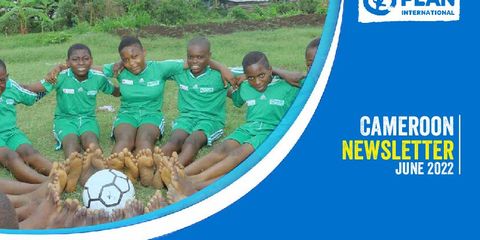 This edition of our newsletter focuses on key programme and influencing actions implemented nationwide during the last quarter of our financial year for 2022.
Read more
See all publications