In light of International Women’s Day we wanted to know from European Commissioner for International Partnerships, Jutta Urpilainen, not only what her views are in relation to gender equality and girls’ rights, but also which women inspired her throughout her career. Her advice to all girls and young women out there: “Be always ready to learn more and keep an open mind. Inspire others and be inspired by others.”

International Women’s Day is about celebrating those who have contributed greatly to advancing gender equality all over the world. Who do you think of when you think about the story towards gender equality?
I think many great women could and should be mentioned, but one very important for me personally is the former President of Finland, Ms Tarja Halonen. She was the first woman to hold that position and during her term a whole generation of young girls grew up in Finland thinking – rightly so – that they can someday too become the President if they want to. The power of example is enormous.

And I would also like to name Ms. Jaha Dukureh, a 24 years old girl from The Gambia, survivor of child marriage and female genital mutilation (FGM). She was able to build a youth movement, girls and boys, to combat harmful practices, to engage with community and religious leaders and trigger the cultural shift for her country to ban FGM by law. She is also one of our Spotlight champions.

The EU-UN Spotlight Initiative to end violence against women and girls takes a transformative approach. It is about changing laws and implementing them, provide basic quality services but it is also about empowering directly women and girls’ movements and address social norms. This week, I launched the #WithHer campaign to raise awareness – predominantly through social media – and to communicate on the efforts we are making through the Spotlight Initiative to eliminate violence against women and girls all over the world.

At what moment in life did you realise you wanted to be a politician?
I wanted to make a difference in my own community and improve the lives of people around me. As a teenager, I became aware that some of my peers in my hometown were experimenting with drugs and getting into trouble because of it. I felt that the adults did not know how to address the problem properly and that the safety nets that were in place were not sufficient. Through this experience, I eventually became active in local politics, which in turn paved the way to national politics.

Women hold 22.8% of parliament seats and constitute just 5% of mayors worldwide. Just 1.65% of parliamentarians around the world are in their 20s and 11.87 % are in their 30s. As a woman, and role model, who now holds the position of European Commissioner and former Minister, if you could give one piece of advice to all the girls out there trying to change the world, what would it be?
Be always ready to learn more and keep an open mind. Inspire others and be inspired by others. It is especially important that women seek to empower and support other women and stand up for girls. Globally adolescent girls are agents of change. They are the entry point for economic and social change in their families, communities and countries.

The Girls’ Rights Gazette is all about showcasing girls’ voices. They are the ones growing up to be women someday. It is with them we will be able to better understand what the world should look like for them and all of us to thrive. In your vision, how does advancing gender equality worldwide contribute to the ambitions set out for the current European Commission?
Equality between women and men is a fundamental principle of the European Union. It is one of our core objectives, and it is the right battle to fight, both in and outside the EU.

Much has been achieved over the past years. The current EU Gender Action Plan (GAP) has contributed to advance the gender equality agenda worldwide. Its main benefit is to have triggered an institutional culture shift within the EU and Member States’ staff, including the EU Delegations all over the world, and to have brought Gender Equality high on the external EU political agenda.

However, a lot more remains to be done for the EU to act on its political commitments. Gender equality is a goal in itself, but it is also an essential cross-cutting objective if we are to deliver on the whole Agenda 2030 for Sustainable Development.

The EU Gender Action Plan has set the ambitious objective that at least 85% of all new development actions adopted by 2020 should specifically target gender equality. We should formalise this in the EU’s next financial programming cycle regulation and extend it across all our external instruments.

Whatever the form of the EU Gender Action Plan’s successor, it should be aligned with the Sustainable Development Goals (SDGs) which commits us all, and strongly focus on economic and political empowerment of women as well as on combatting violence and promoting women and girls’ rights.

Through our Girls Get Equal campaign we, Plan International, aim to tackle the causes of inequality at its root. Unlocking girls’ power, ensuring their freedom and equal representation is the road we are following to achieve gender equality. However, it is not only girls and young women taking control over their own agency, but it is also about creating structures that are enabling girls and young women to be fearlessly engaged in decision-making in formal spaces. How will your work contribute to making sure girls’ voices are heard?

I believe that gender equality and women’s empowerment must be promoted through the combination of three major initiatives: policy dialogue, specific cooperation actions targeting gender equality as principal objective, and the so-called “gender mainstreaming”.

For example, by supporting the inclusion of a gender perspective in all kinds of activities and areas promoted by the external relations policy. This includes ‘unusual’ areas, from access to financial services to the promotion of gender-based budgeting. These tools are complementary and none can be left aside to reach an inclusive and transformative approach to social development.

We must provide spaces for girls (and boys) to be listened to and it is up to us to listen. Girls and organisations representing them know most about their needs and should be part of the policy and projects design – this is what the EU’s rights-based approach to development is all about.

We must provide spaces for girls (and boys) to be listened to and it is up to us to listen.

In addition, we need to take a “girls-centred approach”. This means we need to look holistically to adolescent girls’ protection and empowerment, from education to sexual and reproductive health and rights (SRHR), through economic empowerment or by amplifying their voices and supporting their participation. These issues are heavily related. Gender mainstreaming across sectors is a key objective of the EU Gender Action Plan.

We should strive to “leave no girl behind”. This means that in what we do we need to think about intersectionality and focus on those girls most in need, who are at risk of being left behind because of their poverty, ethnicity, race, location, disability or else. This is vital to be able to meet the SDGs, a principle reiterated by the EU’s Consensus on Development.

We understood that much of your work will focus on building a sustainable partnership with Africa. We work together with amazing girls across the continent active to fight for their equal rights and safety! What do you believe needs to happen on the EU’s side to make sure girls can be whatever they want to be?

Africa is the youngest continent. A continent with untapped potential, in terms of women’s employability and entrepreneurship for example. The EU will work with partner countries in Africa to promote women’s empowerment, which is going to be reflected in the upcoming Africa Strategy.

In particular, through the EU-UN ‘Spotlight Initiative’ to eliminate violence against women and girls, the EU is strongly engaged in addressing harmful practices and norms towards girls in Africa, including child marriage and female genital mutilation (FGM). We particularly believe in the importance of working on social norms change to address deeply rooted gender inequality in societies and communities.

Civil society organisations like Plan International are often best placed to work at local level to unlock the power of adolescent girls and underlining the added value of having girls actively represented in societies. This is the reason why the partnership between the EU and CSOs is one of the core priorities of the EU’s international cooperation policy. 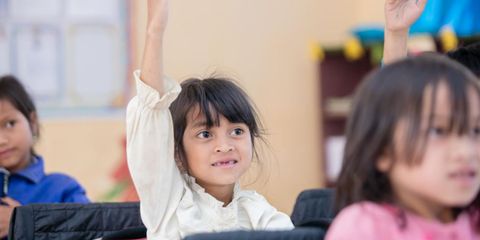 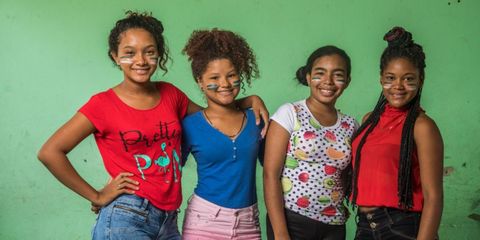