Chaguinha is a football trainer, girl’s rights ally, LGBTIQ+ advocate, and role model to girls across his Brazilian community.

Ten years ago, Francois das Chagas, better known as Chaguinha, set up a football association for teenagers. He observed, “It is easy to criticise the youth, but it is much harder to actually create opportunities for them in life.”

To further expand and develop his football association Chaguinha began working with Plan International who provided him with the equipment that was needed for football practice.

More than just a football team

Chaguinha’s football association doesn’t just help girls enjoy sport. He teaches them about teenage pregnancy and other issues that may be happening in their community.

“We talk very openly with them. About drug use for example, as this is a major problem in our community.”

Chaguinha wants to make sure that the girls in his football team are fully supported. He says, “I have conversations with girls about boys. They have to watch out, as the boys will take off rather than suffer the consequences of their actions.”

Educating the girls in his team seems to be working as only a few of them have fallen pregnant at an early age. He proudly states, “We give them more education than they receive at school. Not only do we try to prevent pregnancies but we talk about STDs (sexually transmitted diseases).”

One of the players in Chaguinha’s team is his 18-year-old granddaughter Lorena. She has helped him become more open minded. Since Lorena came out as gay, Chaguinha has become actively involved in the LGBTIQ+ community.

“People discriminate so much. Why can we not just accept and appreciate each other?”

Lorena feels hugely supported by her grandfather. She says, “He is my everything because he accepts me as I am. He even came to an LGBT conference because he wanted to hear everyone’s stories.”

Training with her grandfather has given Lorena a love of football. So much so that she wants to study physical education and train other girls to play football.

“Soccer is fundamental in my life. I play when I am sad, when I am happy and even when I am tired!”

Lorena realises how under-appreciated women’s football is. She observes, “Men play aggressively. The technique and teamwork of women is much better. Much more engaging to watch.”

Women don’t belong in the kitchen

One day Chaguinha hopes women will start to be appreciated more, “Not only in soccer, but also in the work field. Women get paid less than men in the same job. That is why soccer projects with girls are so good. They show that women do not belong in the kitchen.”

Chaguinha believes in the equality between men and women and sees the injustice of women being undervalued and underappreciated. He says, “Women should be able to live the life they want and have the right to the same opportunities as men.”

Chaguinha understands how essential it is that parents are involved in their children playing sport. He says, “You should know what your children are doing and where they hang out because there are so many bad temptations in life. Sport can make children feel good about themselves, so they can become better citizens.” 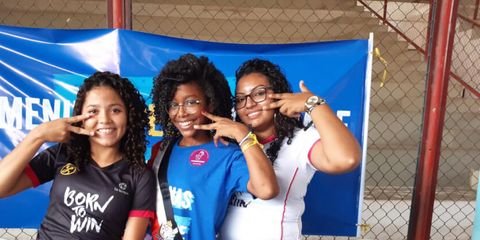 Plan International has been working in Brazil since 1997 to promote children’s rights and gender equality.
Read more 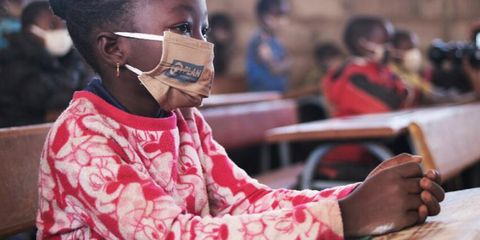 Girls and young women have named education as the area of their lives most affected by COVID-19 in a study carried out in 14 countries.
Read more
See all news